08/13/16: Two truckloads of bear hounds being trained in Wolf Caution Areas inside of Chequamegon-Nicolet National Forest.

Summer 2016 is quickly becoming the deadliest on record for bear hunting hounds killed by wolves in northern Wisconsin, where a July training season means regular clashes with wolf packs traveling to summer rendezvous areas with new pups. Wisconsin is the only state in the country to allow early hound training and bear baiting, despite the loosely regulated practice leading to an increasing number of bear hound deaths each year. While reasonable efforts are made to prevent livestock depredations in Wisconsin, the legal practice of training bear hounds to chase bears (which begins every July 1st) has led to an increased number of violent encounters between federally protected gray wolves and bear hunting hounds. 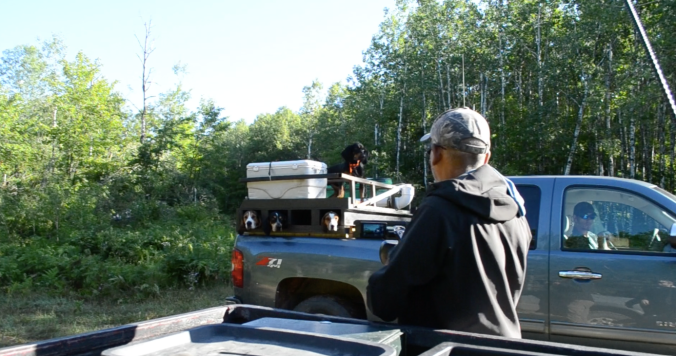 Hunting black bears in Wisconsin is a big business. In 2016, Wisconsin will host the largest hunt in the nation, with a statewide quota set at 4,750 bears. Last year, 4,158 black bears were legally killed in Wisconsin, of these 4,088 were killed with the aid of bait and/or dogs. Bear hunters regularly release their dogs from bear bait sites, where they can most easily pick up the scent of an animal. Research has also proven that in areas with a large number of bear baits, wolves may become habituated to recognizing baits as a food source of their own, resulting in aggression towards bear hounds following bear trails from baits.

08/13/16: One of thirteen active bear baits found in Wolf Caution Area near Rainbow Lake Wilderness, on same day that three more bear hounds were killed by wolves in the area.

Since Wisconsin’s bear hound training season began, and as of the time of this writing (7 weeks), 19 conflicts between bear hounds and wolves have been reported in the northern third of the state, resulting in 18 hunting hounds being killed and three injured. The impact of these deadly clashes on local wolf populations is unknown, but they are occurring while gray wolves are extremely protective and territorial as they travel with pups to rendezvous areas for the first time. 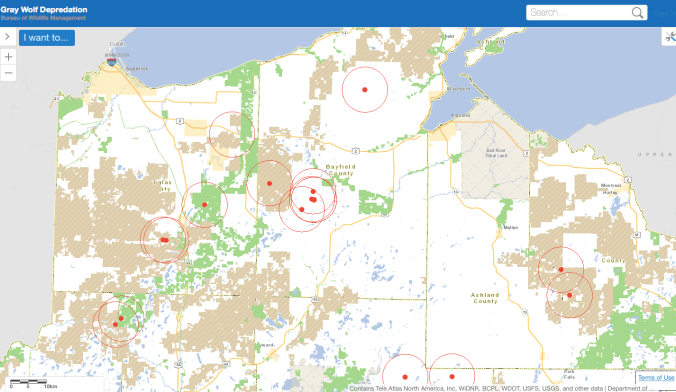 Once wolves are confirmed to be responsible for killing a bear hound, the Department of Natural Resources (DNR) designates a four-mile circle around the attack site, defining the zone a Wolf Caution Area (WCA). According to the DNR’s website, hound hunters are then encouraged to, “move two or three miles from any rendezvous site, if possible, before releasing dogs (and) avoid releasing dogs at bear baits recently visited by wolves”.  Instead, many of these attacks are occurring in the same areas because no law exists to prevent bear hunters from continuing to set baits and loose their hounds in areas designated by DNR as Wolf Caution Areas.

DNR regulations also do not require bear baiters to provide the locations of their baits, and are allowed to have an unlimited amount, making enforcement difficult if not impossible. In 2014, according to a DNR survey, bear hunters in Wisconsin placed over 4.5 million gallons of bait in over 82,000 bait sites, much of it discarded fryer oil and human food waste. Wisconsin’s early bear hound training season also  has meant an increase in the number of out-of-state hunters coming to Wisconsin to train bear hounds. In both Minnesota & Michigan, (where many hound trucks documented training dogs in the Chequamegon-Nicolet National Forest were registered), bear hound training and baiting is not legal in summer months, partially because of the risk of conflict with wolves. 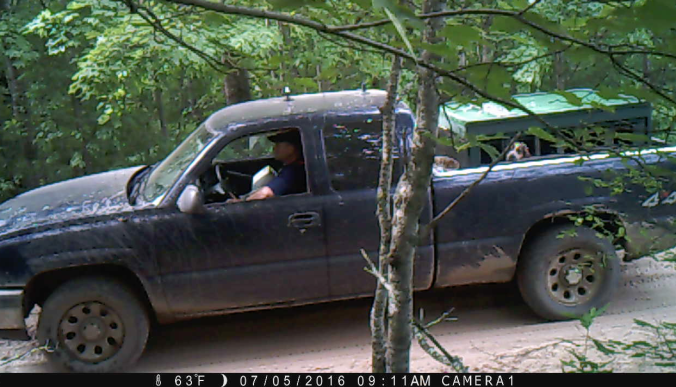 Since July 2015,Wolf Patrol has been investigating bear hound training & baiting in the Washburn District of the Chequamegon-Nicolet National Forest, which has a history of conflict between wolves and bear hounds, with dogs dying in each of the last four years. Last year, DNR designated four WCA’s following the depredation of seven bear hunting hounds in the area.

Since Wolf Patrol’s investigation began, we have identified over 60 active and historic bear baiting locations in Wolf Caution Areas, reported illegal baits to the DNR, and have repeatedly documented deer feeding from legal bear baits. Wolf Patrol members also are DNR-certified carnivore trackers, participating in the winter 2015 DNR wolf survey that identified an estimated nine wolves in at least two different packs in this region of the national forest.

On August 13, 2016, Wolf Patrol began monitoring a Wolf Caution Area in the Chequamegon-Nicolet National Forest, where wolves killed a bear hound on July 30th, with the intent of documenting hound training and bear baiting in areas with recent bear hound depredations. We drove to an intersection of US Forest Service roads near Sunken Camp Lakes and parked our vehicle to listen for hounds. Within 30 minutes, we encountered a hound training party of three trucks, each loaded with bear hounds. 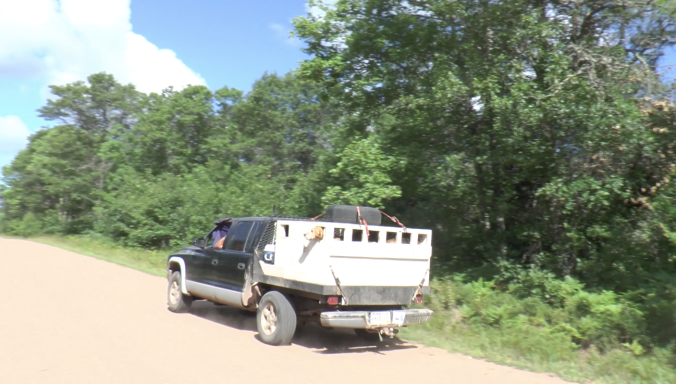 We followed and parked our vehicle on the road shoulder approximately 75 yards away, and observed as the hunters gathered dogs that had been following a bear’s trail. As we continued to patrol this particular WCA, we not only encountered the same hound training party, but six other loaded hound trucks as well. Each truck was driving the many unpaved roads, letting their dogs catch the wind while the hunters watched the road for bear tracks. On at least two separate occasions we encountered bear hunters with loose hounds in the nearby Wolf Caution Area. By the end of the day, we had counted 8 different loaded hound trucks operating in the Wolf Caution Area. 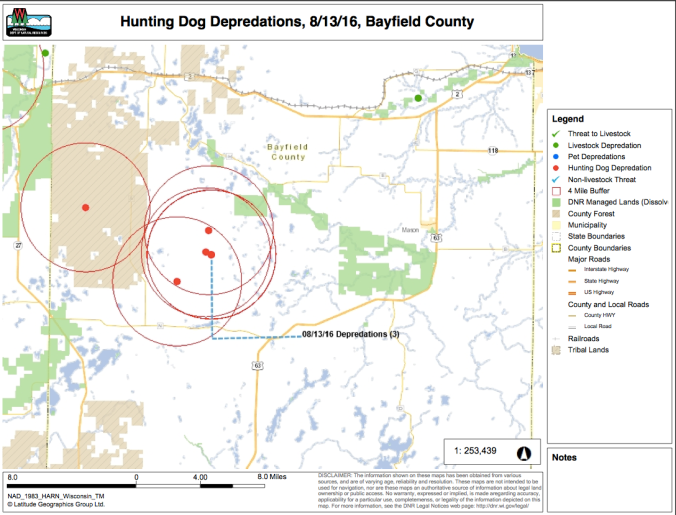 Our next patrol took us to a portion of the Chequamegon-Nicolet National Forest near Delta, WI, where five Wolf Caution Areas overlap each other and seven bear hounds have been killed so far during this year’s bear hound training season. We drove as close as possible to the attack site where two bear hounds were killed by wolves on August 6, (and another three on August 13, the same day of our patrol) just west of the Rainbow Lake Wilderness Area. In a quadrant around the approximated attack site, we located 13 active bear baits.

This is the same area of the national forest where Wolf Patrol was monitoring bear hunters last year, and heard a bear baiter complain on opening day of the hunt, that there were over 45 active bear baits in the area. In four days of patrolling Wolf Caution Areas, not once did we encounter bear hounds equipped with “wolf bells” or any other wolf deterrent.

In all of the Wolf Caution Areas visited in Bayfield County, Wolf Patrol documented bear hound training activity. We also found multiple active bear bait locations, all within an estimated mile of recent bear hound depredation sites. At these active bait sites, we also documented deer regularly returning to feed on residual and spilled bait. While it is unknown whether wolves are feeding directly from bear baits in the Chequamegon-Nicolet National Forest, it is known that they will prey on the deer that are.

Wolf Patrol believes that bear hound depredations in the Chequamegon-Nicolet National Forest since Summer 2013 are an indication that gray wolves are becoming increasingly conditioned to hunting and feeding at or near bear baits. We also believe an increase in the number of hunters using and training free-roaming hounds on our national forest lands, not more wolves, is the greatest cause of bear hound depredations.

08/13/16: Bear hounds being trained in Wolf Caution Area near Rainbow Lake Wilderness. Three hounds were killed by wolves in the area that day.

Wolf Patrol believes both state and federal officials are negligent in addressing the problem of bear hound/wolf conflicts. On December 5, 2015 our crew was in attendance at the Wisconsin Bear Advisory Committee meeting where Citizen Resolution #270215 – (restricting bear baiting to 14 days before the season) was presented and shot down by the entire committee. We believe such an unwillingness to acknowledge and discuss a problem with Wisconsin’s early bear hound training & baiting season is a public policy disaster that will continue to lead to more wolf-related depredations.

In the interests of preventing more deadly conflicts between bear hunting hounds and gray wolves, Wolf Patrol is asking the US Forest Service to prohibit bear baiting and bear hound training and hunting in the Chequamegon-Nicolet National Forest. We also believe it is in both the interests of reducing wolf/hound conflicts and public safety to request that  forest officials no longer allow the intentional feeding of bears on the same public lands where other citizens camp and recreate.

Wolf Patrol would also like to request that the Department of Natural Resources (DNR) act immediately to restrict bear hound training and hunting activity in Wolf Caution Areas where multiple depredations have already occurred. It has been only seven weeks since training season began and 18 dogs have been killed, with another seven weeks of training and hunting season to come, we respectfully request that wildlife officials act now to prevent more bear hound and wolf injuries and deaths. 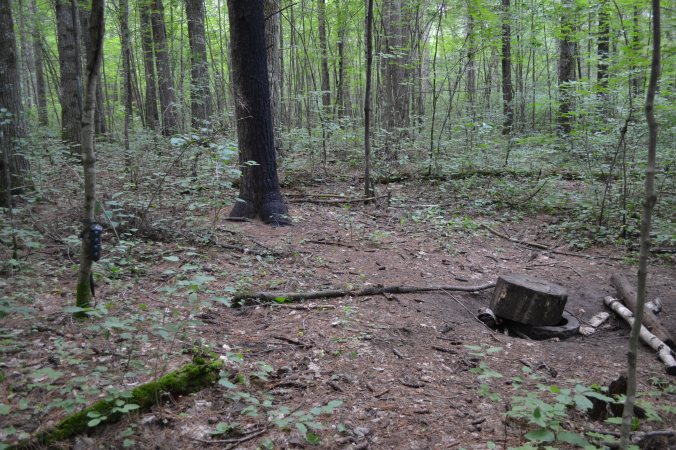 Wolf Patrol will continue to monitor Wolf Caution Areas throughout the bear hound training season and bear hunting season which begins in early September and runs into mid-October. Our crew will continue to report on and provide DNR officials with credible information on any illegal hunting activities we document on national forest and public lands.

To send a generic comment to the Chequamegon-Nicolet National Forest, please visit: