I want other wildlife advocates to know how Wolf Patrol operates in case we ever actually change anything. One of our strategies is targeting illegal hunting practices by finding them in the field or online and then reporting them to wildlife law enforcers. I know they can’t do a damn thing about snares and traps that are legal, but if we see anyone violating the liberal laws that govern killing wildlife, we report it .

Besides busting illegal hunters, what us doing this has done, in just two years, is create a relationship between Wolf Patrol and our Wisconsin DNR law enforcement contacts. For two years now, those very same wardens have heard bear and wolf hunters crying to them about Wolf Patrol “stalking and photographing” them on public lands, but what they’ve actually seen, is Wolf Patrol providing valuable tips that their often overworked and overstretched officers can’t possibly find on their own.

One warden told me last month that they tell bear hunters, Wolf Patrol has a right to be out there as much as they did, and then told me, DNR wanted us out there, because we provide credible tips, some of them on guys they’ve been investigating for years.

So when we find an ad on Craigslist for bear bait in Wisconsin, advertising that it will also attract wolves in summer, we think something illegal is going on, but we maintain our protocol. We reported it, to the USFWS, to WI DNR’s hotline, and also to my own DNR contacts. Had we been told that it was indeed illegal, Wolf Patrol would have withheld reporting on it, as I’ve told DNR, we do not want to jeopardize any ongoing investigations into illegal hunting.

After our tips to federal and state agencies, USFWS law enforcement emailed me back to thank Wolf Patrol for the tip, a DNR warden called me to say that there wasn’t anything illegal about the ad, but the email I received from my own DNR contact provided more of a detailed explanation. Once again, we were thanked for our support and communication, and it was explained that as long as the attractant being sold was being sold as bear bait, that it was legal. But our DNR contact said they’d be willing to have a talk with the seller anyhow, to clarify that baiting for wolves was indeed, illegal. 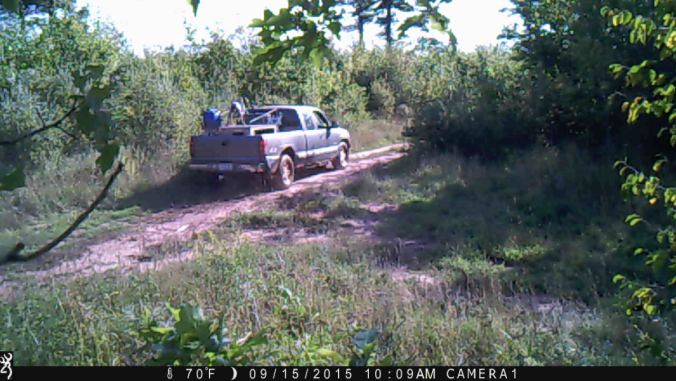 To us, that’s a victory. And it cost us only the time it took to research baiting laws and sending a couple emails and posting a few things online. And most importantly, a willingness to get out into the field and find the truth. We’ve been researching and collecting data on bear baits for just over a year now, and we’ve find a valuable role that we can play as private citizens, to help preserve the integrity of our national forests and remind wildlife agencies and public land stewards, that its not just hunters that care about wildlife. 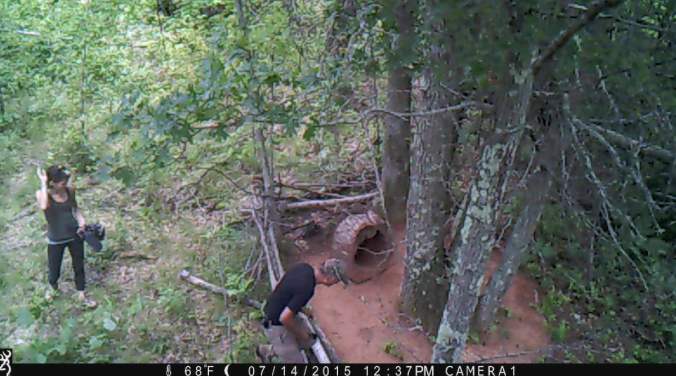 Wolf Patrol works with law enforcement officers, who themselves were told two years ago that a convicted eco-terrorist and his gang, would be going into the Wisconsin woods and harassing wolf hunters. They were told that because 12 years ago, agents such as themselves were arresting me and my crew in Arizona, for interfering with a mountain lion hunt. I did ten months in federal prison for that one, and I don’t regret it, but we do need to break out of the shell that has people seeing us as extremists, and demonstrate a sincere “paws on the ground” commitment that we care about wildlife.

Its time we evolve as activists, and recognize that we accomplish little for wildlife when we always operate in attack mode, and viciously judge and name-call people who do things we disagree with. For me, that means sitting down with anyone who equally demonstrates a commitment to protecting wildlife, while at the same time spending more and more time in the wild places that I love and work in, so I can better understand the needs of the land and its inhabitants. 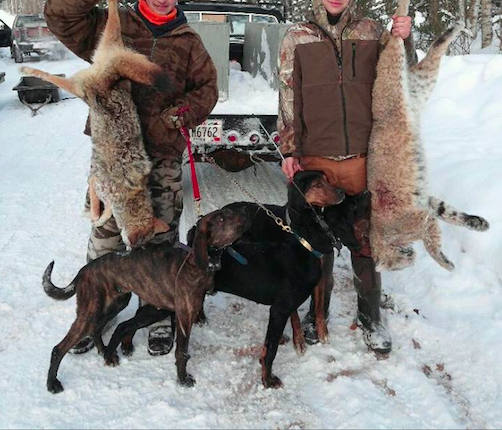 The people who enjoy killing wolves and bears with guns, traps, dogs and bait saw the danger in their sport being exposed to the public, so they organized and got The Right to Hunt Act passed in an effort to prevent Wolf Patrol from continuing its valuable work. People asked us, “What’s Wolf Patrol going to do now?” I told them, exactly what we’ve been already doing for the last two years, continue documenting illegal and legal hunting practices that we believe negatively impact federally protected wildlife, and work with the appropriate agencies to try and affect positive change.

So rather than running from the law, Wolf Patrol is running to the law,  when those laws are the only recourse we presently have to protect wildlife. What others do is up to you, but this is one of the ways I’ve carved out a place for Wolf Patrol at a table that we were initially very unwelcome to. So if I, a convicted felon, with a criminal record as long as a cougar’s tail can team up with wardens to snare illegal hunters, just think what you might be able to do for the wild animals that you love and respect.