Last year, fourteen bear hounds in northern Wisconsin were torn apart by wolves as they trespassed summer wolf pack territory, in the nation’s only recreational hunting hound training season in July & August, when wolves are traveling with young pups from dens to rendezvous sites. By the end of 2016, a total of 36 separate incidents occurred where bear hounds fought to the death with wolves defending their young families. 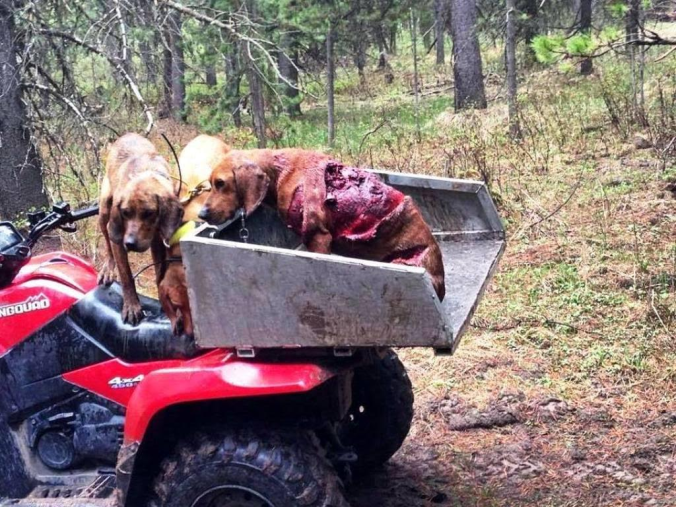 Many of these dog-fights occurred in what the Wisconsin Department of Natural Resources (WDNR) deems “Wolf Caution Areas” where past attacks have occurred, but bear hunters continue to release their dogs. Beginning July 1st, WDNR will continue a publicly funded compensation program that last year paid bear hound hunters over $100,000 for hounds killed by wolves defending their territory.

Each red dot indicates where wolves fought bear hounds in 2016.

The funds come primarily from the state of Wisconsin’s sale of Endangered Species license plates, leading plate holders to believe that their money is going towards endangered species preservation, when in reality it is being paid out to bear hunters who run packs of dogs after bears and other wildlife, mostly on public lands. 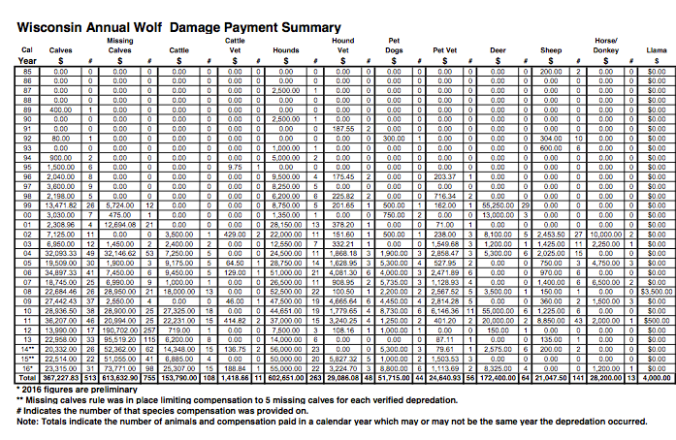 This July, Wolf Patrol will be maintaining a base camp in the Chequamegon-Nicolet National Forest (CNNF), where many of the fights between wolves and bear hounds took place last year. For the last two years, we have collected data on bear hound training and baiting in the CNNF, reporting illegality when we find it to the WDNR, and otherwise documenting the impact the unregulated practices of bear hound training & baiting has on wolves and our national forest lands.

Throughout Summer 2017, Wolf Patrol will be patrolling the CNNF, and are inviting members of the public to join us to learn about the negative impacts caused by bear hunting practices in northern Wisconsin. On July 27th, 28th & 29th, Wolf Patrol will be hosting a weekend Call to Action in the Chequamegon-Nicolet National Forest, when we will be focused on data gathering to help reform bear hunting practices on national forest lands.

Documenting a bear bait in a Wolf Caution Area. 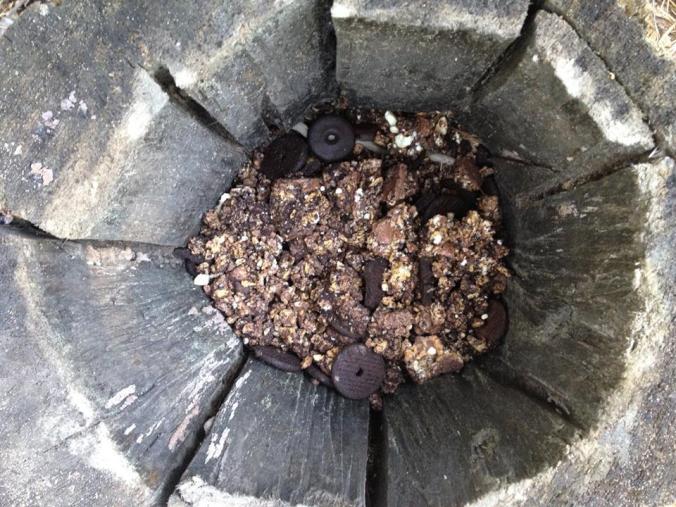 Because regulatory agencies tasked with protecting our natural resources, like the U.S. Forest Service (USFS), are under staffed, they do not have the capacity to monitor all the impacts associated with bear hunting practices in the national forest, so they depend on public citizen monitoring to report inconsistencies with the responsible management of our national forest lands.

Wolf Patrol believes that the summer practice of running bear hounds in wolf territory and the intentional feeding of bears is creating a violent conflict that if left unaddressed, will only lead to more bear hound/wolf conflicts. That is why we will be in the national forest, and are asking others to join us on July 27th, to help catalog and document the impacts bear hound training and baiting is having in the Chequamegon-Nicolet National Forest.

Anyone interested in learning about the impact bear hunters have in the CCNF with Wolf Patrol will be required to sign a legal waiver and expected to adhere to all county, state and federal laws. This is not a protest camp. We are citizens and national forest users who believe that once national forest lands managers are faced with evidence of negative impacts and dangers posed by bear hunters, they will regulate or address the destructive practices of bear hound training and baiting on national forest lands.

These are some of the activities attendees to the July 27th event can be expected to participate in:

If you’d like to support Wolf Patrol’s base camp, but cannot attend the July 27th weekend event, you can still contact US Forest Service officials and tell them what you think about bear hound training and baiting in the CNNF at:

You can also support our crew in the field by donating via PayPal or at our GoFundme site at: https://www.gofundme.com/endhoundhunting

We will be camped near Horseshoe Lake Campground, in the Washburn District of the CNNF, for the first 21 days, please contact us or check our Facebook page for updated base camp locations!