Here’a another video depicting the sick and illegal practice of allowing hunting hounds to kill wildlife. This is illegal, but it happens all the time and is how hounds teach their packs of dogs to be killers. Would you want one of these dogs encountering your children or pets as they hiked through the national forests of Wisconsin and Michigan?

Jarod Gasche is the unethical killer who filmed the above video and posted it on social media without any legal consequences.

Hound hunters in Wisconsin routinely allow their dogs to kill the animals they are chasing, especially when they are training new hunting dogs. Wolf Patrol has received multiple videos depicting hounders allowing dogs to torture and kill wildlife such as coyotes, but little if anything is ever done to prosecute hound hunters. Instead, the Department Of Natural Resources (WDNR) allows coyotes to be killed with hounds year around, without any bag limit. 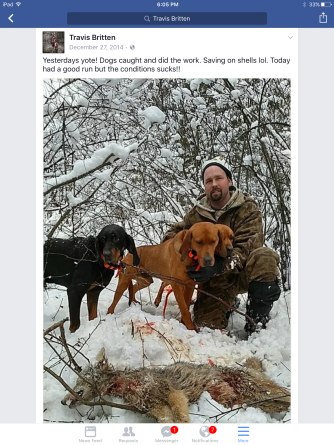 The above photos are from Travis Britten’s Facebook page and demonstrate how hound hunters brag that they allow their dogs to kill wildlife illegally. Britten was one of the coyote hunters Wolf Patrol encountered outside of Laona, Wisconsin in January 2018, and the evidence we present here today of his illegal activities was part of the basis for our patrol when we encountered him and his large hound hunting party. Britten’s proven record of illegal hunting was probably the reason he didn’t want our cameras to record his next illegal hunting act that day, and probably why they were so determined to illegally detain us. 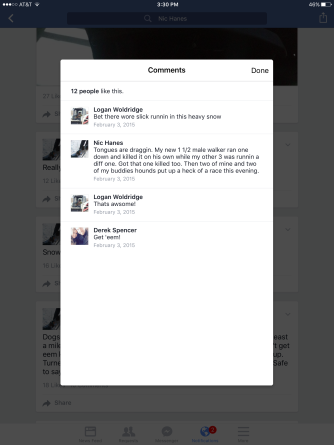 But instead of investigating Britten for his illegal activities, which he brags about on Facebook, the Forest County Sheriff’s Department continues to investigate Wolf Patrol for allegedly interfering with hunting. Hound hunters in Wisconsin are not only allowed to violate hunting regulations as they see fit, but also intimidate citizens attempting to document their illegal activities on public lands. As long as illegal hunters like Britten are allowed to chase and torture wildlife without legal consequence, Wolf Patrol will remain active in the Laona, Wisconsin area throughout 2018. 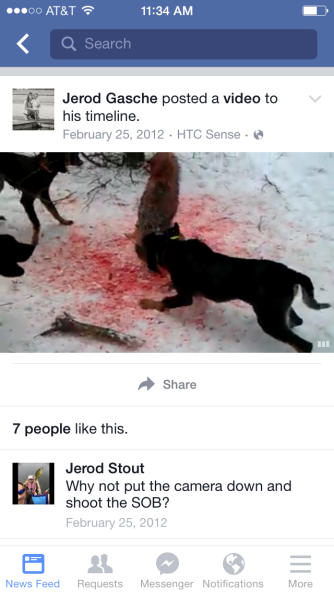 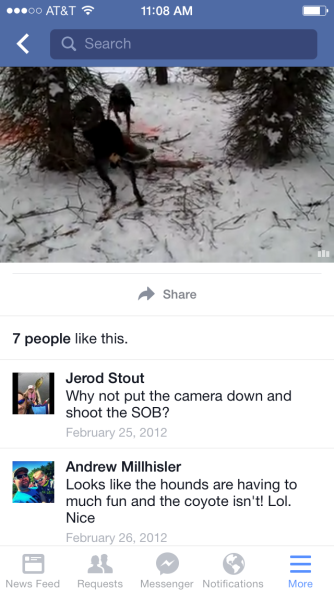 Screenshots from above video.

Hunting coyotes with dogs is legalized dog fighting and a hugely popular sport in Wisconsin and Michigan. If you believe hunting coyotes with packs of bloodthirsty dogs is fun and should continue without regulation as it happens in Wisconsin, please call the elected officials listed below and tell them you support the systematic torture of wildlife by professional sport killers. 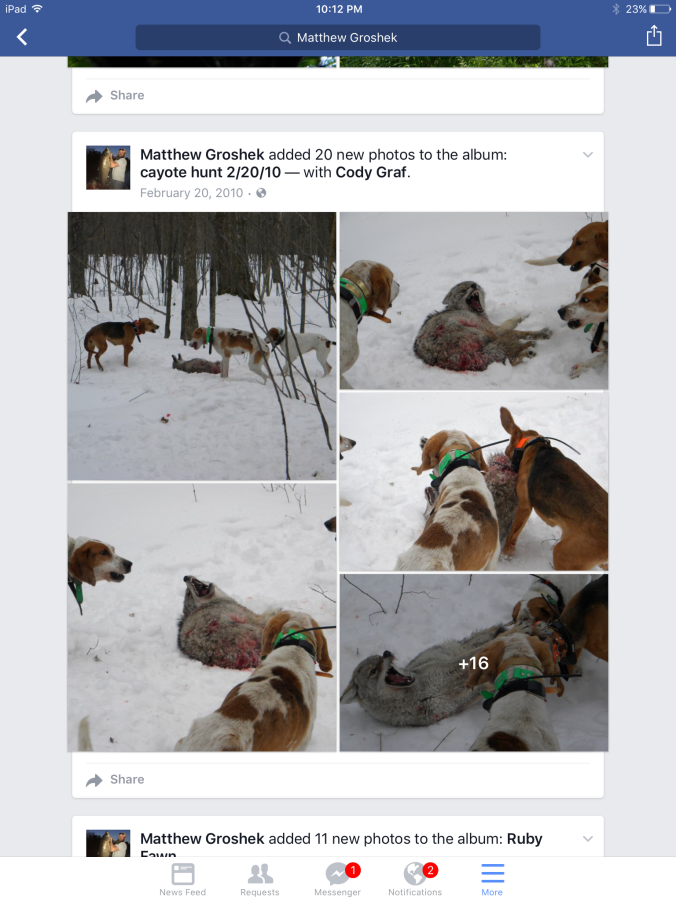 But if you agree with Wolf Patrol, that the kind of wild animal abuse we expose in the state of Wisconsin needs to be investigated and prosecuted to the fullest extent of the law, let the below apologist for Wisconsin’s hound hunters know how you feel.