Wisconsin’s liberal hound hunting regulations, with a two-month Summer bear hound training season that requires no license to chase black bears from July until September, has opened the barn door for hound hunters from all over the country to come to Wisconsin to chase and kill wildlife on our public lands.

No where else in the United States, can any resident or non-resident hound hunter run their dogs after bears in the Summer time without a license, and still be compensated $2,500.00 should any of their dogs be injured or killed by wolves. Summer is an important time for black bears, when they should be storing fat for the long winter, rather than burning it constantly running from packs of dogs. It’s also when there are many wolf depredations on bear hounds, as wolves protect their young pups leaving the den for the first time. 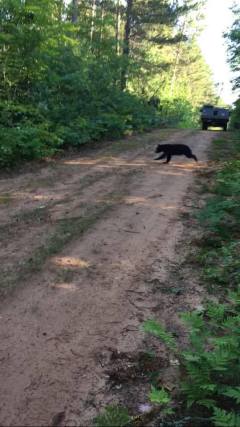 Here is the WDNR’s description of the bear hunting licensing system, previous to the 2015 legislative changes ushered in by Wisconsin’s powerful pro-hunting & pro-gun lobby:

In 2015, the Wisconsin Legislature, at the request of the Wisconsin Bear Hunters Association, rescinded the Department of Natural Resources (WDNR) licensing requirement for out of state bear hound trainers and bear baiters. According to the August 4, 2015 WDNR press release, “Both residents and non-residents may now participate in the following bear baiting, hunting and training activities without a Class B bear license if those activities are permitted and in compliance with applicable regulations.” 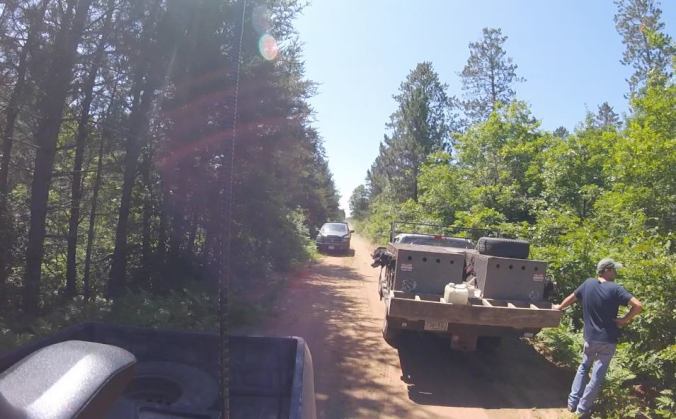 While many hound hunters bring dogs from as far away as Virginia, Pennsylvania, Georgia and Florida to chase bears in Wisconsin, many non-resident hounders come from nearby Michigan and Minnesota. States like Minnesota do not allow bear hunting with the aid of dogs, so many Minnesotan’s make the short drive across the border of northern Minnesota to not only train and hunt for bear, but they do it without any permit or license.

Since 2014, Wolf Patrol has been monitoring bear hound training and hunting practices in northern Wisconsin, operating primarily in Bayfield County, where many hound hunters travel from nearby Minnesota to train and hunt with their bear hounds. Bayfield County also leads the state in numbers of black bears killed in recent years.

Its also where one of the highest density of bear hound depredations caused by wolves occurred in 2016, most in the same area, as non-resident and resident hound hunters continued to run their dogs in areas they knew other bear hounds had been recently killed, collecting compensation if and when another attack occurred. 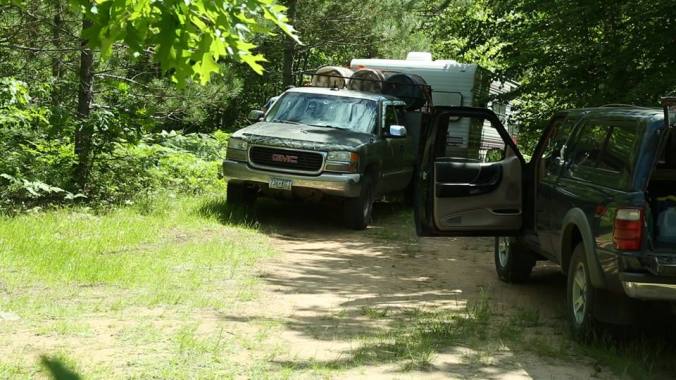 Andrew Dertinger is a hound hunter from Perham, Minnesota that Wolf Patrol has encountered before, who first drew our attention because he annually violates the US Forest Service’s 21-day camping limit in the Chequamegon-Nicolet National Forest, where he travels to train and hunt black bears and coyotes. A search of Dertinger’s Facebook page revealed that he also allows his blue tick hounds to fight and maul coyotes and raccoons in both Wisconsin and Minnesota.

In July 2015, Dertinger was reported to Minnesota’s Department of Natural Resources Enforcement, who determined that his alleged crimes took place in Wisconsin, where it was legal to use live coyotes to train hunting hounds as Dertinger was doing “We looked into this case and believe this activity is occurring just across the border in Wisconsin where it is legal to use a pen to train dogs for coyotes.” said Major Greg Salo of MNDNR. 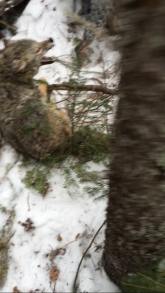 Whether Dertinger and his hunting partners are committing their acts of cruelty in Minnesota or Wisconsin, their self-published photos and videos are evidence of their hunting practices and lack of ethics, which shouldn’t be tolerated by ethical hunters in any state. As coyote hound hunting season comes to an end in Wisconsin, its important to remember that many of these unethical hunters will be preparing for the Summer bear hound training season in Wisconsin, where anyone with hunting hounds is welcome to chase and torment wildlife in the Chequamegon-Nicolet National Forest and other public lands in Wisconsin. 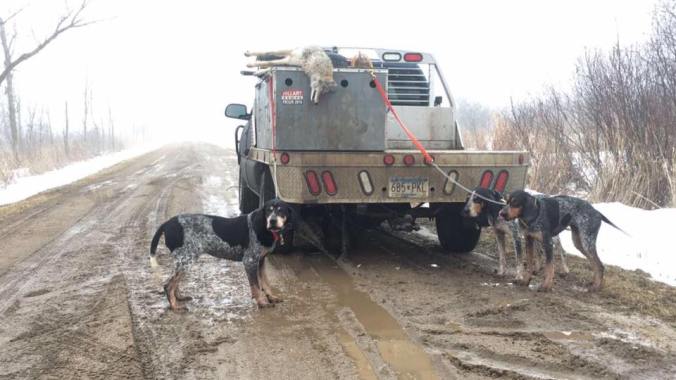 Wolf Patrol will continue monitoring hound training and hunting activities on national forest lands where known unethical and illegal hounders like Andrew Dertinger operate. The removal of Wisconsin’s Class B license requirement in 2015 has made it even easier for hounders like Dertinger to bring their bad behavior to Wisconsin, especially when there is also financial compensation available for hound hunters whose dogs are killed by wolves. 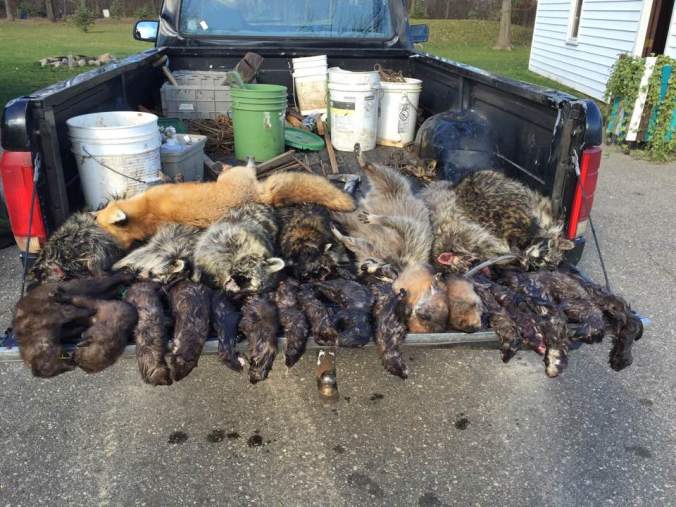