Yesterday Wolf Patrol continued checking up on active bear baits in areas of Forest County and the Chequamegon-Nicolet National Forest where bear hounds were recently killed by wolves in September 2018.

We found one bait we had reported for being too close to Highway 55 (legal requirement is 100 yards) removed, and the remaining bear bait brought into compliance. But in another area north of Highway 55 off of Fishel Road, where multiple bear baits are located, Wolf Patrol found one particular bear bait still being used despite being less than 20 yards from the road (legal requirement in these conditions is 50 yards,) 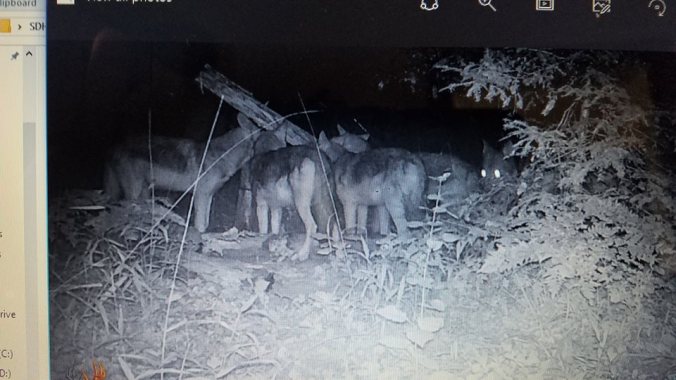 This year more and more bear hunters are reporting wolves visiting their bear baits. In both Wisconsin and Michigan bear hunters have reported multiple wolves at bear baits in areas where bear hounds were also killed by wolves. The practice of bear baiting is used by hound hunters to draw bears close enough to the road for hounds to catch their scent. The only problems are the baits also attract wolves and other wildlife, creating a recipe for conflict between territorial wolves that view bear baits as a feeding site. 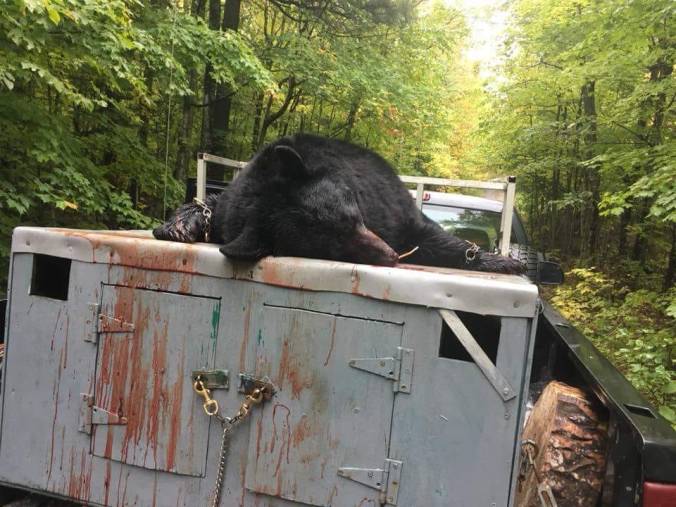