As winter brings snow, hound hunters bring blood onto the fields and forests of Wisconsin, Minnesota, Michigan and other states where hunting coyotes with hounds is a proud tradition. Beginning in December, midwestern states host multiple coyote killing contests, capitalizing on most states not categorizing coyotes as a game animal worthy of a regulated kill season or bag limit. Instead, hound hunters, as well as trappers and predator callers are allowed to chase, capture, maim, torture and kill coyotes throughout the winter without any fear of legal reprisal.

But if you’re familiar with Wolf Patrol, you’ve read this all before, so instead let us show you what one day in the life of a coyote hound hunter looked like according to their own photo journaling they did on Facebook a few years ago in southern Minnesota. By the way, Dale Gravdal from Canby, Minnesota is friends with multiple hound hunters in northern Wisconsin whose hound hunting cruelty has also been exposed on this website. 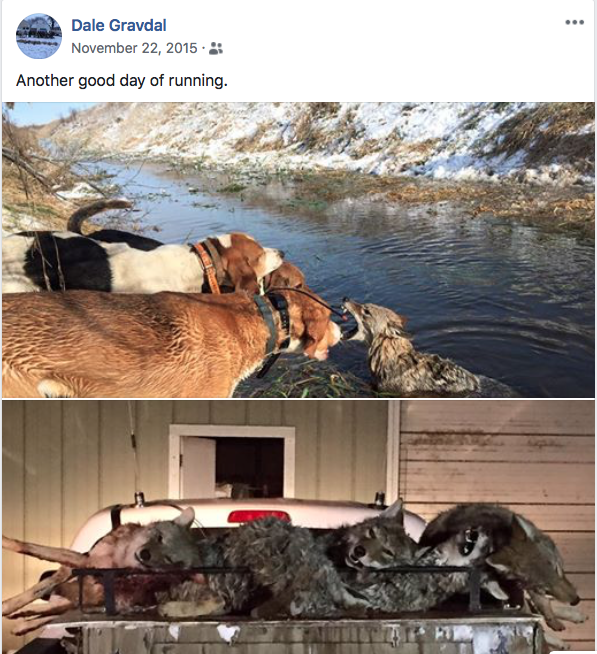 Gravdal’s hounds after a coyote. 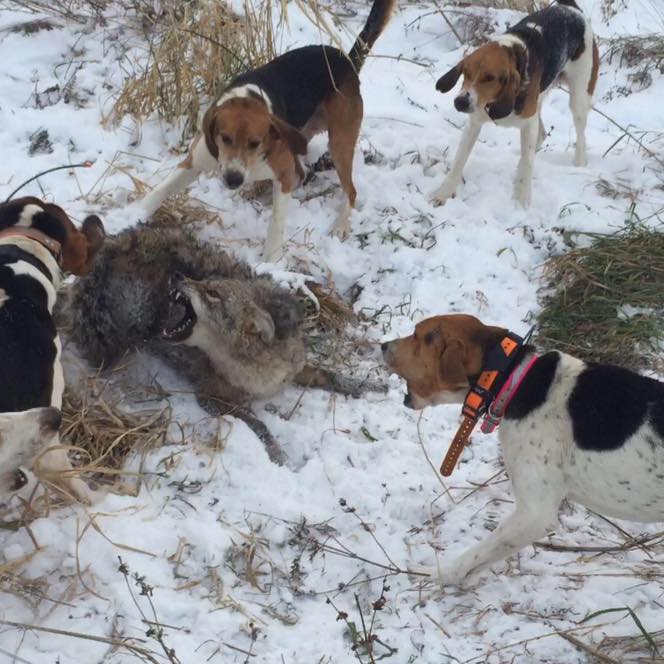 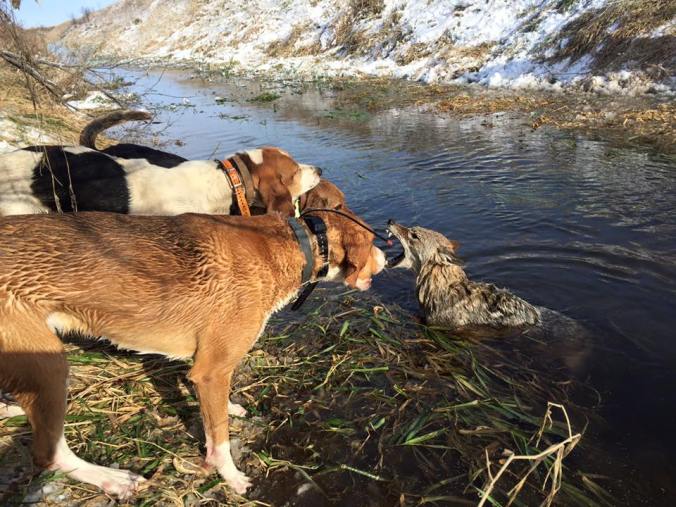 Pulling the dead coyote from the water.

Gravdal hound with ear torn by coyote in fight.

If you agree that hunting coyotes with hounds should not be allowed in Wisconsin’s Chequamegon-Nicolet National Forest, please send an email asking forest officials to suspend organized predator killing contests in OUR national forests until a full scoping and environmental impact study on their affect is done.

Send your email to: cnnfadmin@fs.fed.us