Wolf Patrol is continuing to monitor coyote killing contests across Wisconsin this winter, in our effort to support state Senator Fred Risser’s proposed Bill 30 that would ban wildlife killing contests. On March 2, 2019 the Viola Sportsman’s Club held a coyote/crow/pigeon killing contest at the Liberty Bar in southern Wisconsin.

Wolf Patrol attended the weigh-in at the end of the hunt where three coyotes were reportedly killed. Over 100 people were in attendance where a sign by the road read, “Coyote Contest–Get Drunk Here!” Contest organizers responding to complaints from local citizens about the hunt, chose to mock a resident opposed to the contest by featuring her picture on a cake proclaiming, “Good Luck Coyote Hunters. 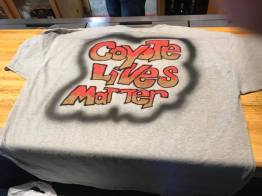 Contest organizers also printed t-shirts that read, “Coyote Lives Matter” mocking the Black Lives Matter movement. The owner of the Liberty Bar invited contest participants to hunt on his private land where he also said he would be blasting coyotes with a .50 caliber rifle, inviting anyone to, “come on down (and) take a look at the carnage and destruction.” 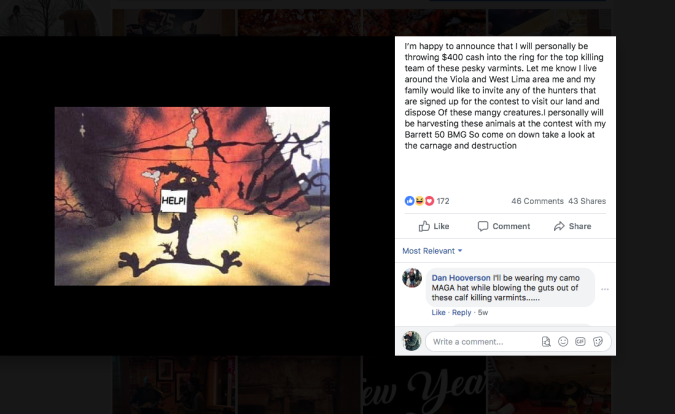 The next day (March 3, 2019) we decided to explore the farmlands of Jefferson County, between Madison and Milwaukee to investigate how prevalent the practice of hunting coyotes with hounds was in the winter time. It didn’t take long before the crackling voices of hound hunters were heard chattering about loose dogs on the radio.

The hunters were chasing a coyote that had headed south towards the Lima Marsh Wildlife Area. I drove to the small swamp surrounded by farmlands, and it wasn’t long before the hound hunters showed up behind me. One of the coyote hunters that I spoke to told me an “anti” had taken the GPS tracking collar off of a hunting hound in the Viola coyote contest and hid the dog from its owner. Yet, no one at the Liberty Bar was talking about this nor has it been reported elsewhere.

In Wisconsin it is legal to hunt coyotes year around with no closed season or bag limit. Many hound hunters keep their bear and bobcat dogs in shape by chasing coyotes in the winter off season.

Last winter, Wolf Patrol released a series of videos filmed by Wisconsin hound hunters that revealed illegal acts of cruelty committed against coyotes by hound hunters. (The videos can be seen on Wolf Patrol’s Vimeo channel.)

Coyotes like all wildlife deserve protection from overexploitation and abuse. Hunting is not a contest. Coyote hunting contests that offer cash and prizes for the most, largest or smallest animal killed encourage wanton waste of wildlife. 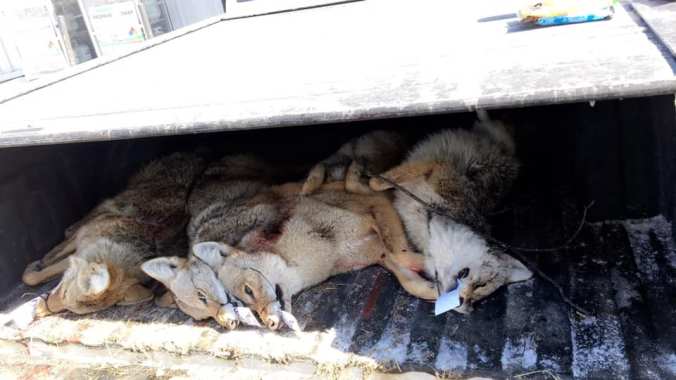 Tell the NRB that you do not support offering cash and prizes for wildlife killed in contests or the unregulated inhumane slaughter of coyotes and other native predators. 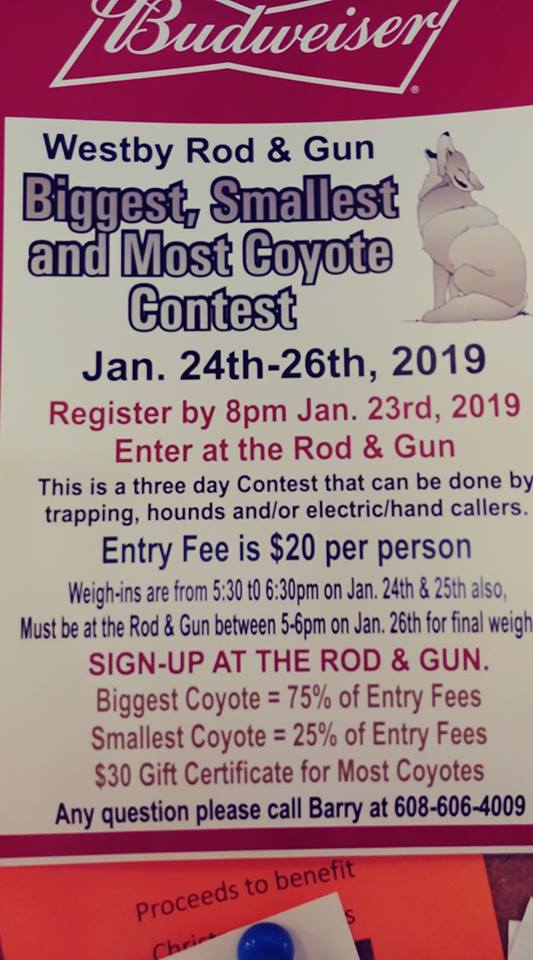