On March 30, 2019 a hiker discovered two dead red foxes with foam blocks zip-tied in their mouths (a practice required in predator killing contests) south of Armstrong Creek, Wisconsin in the Chequamegon-Nicolet National Forest. 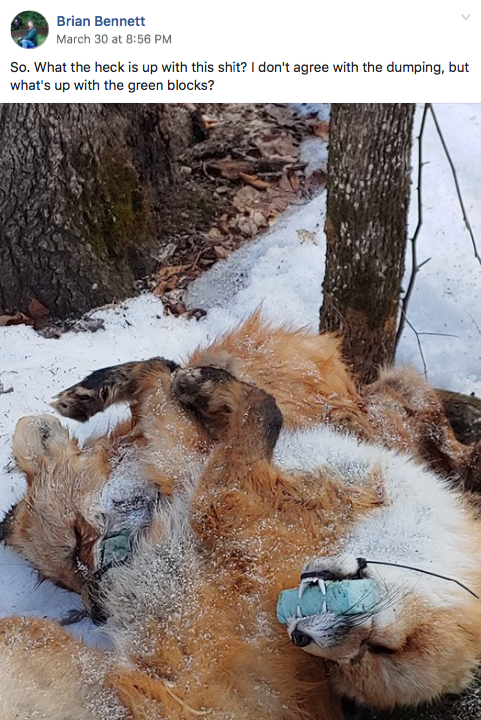 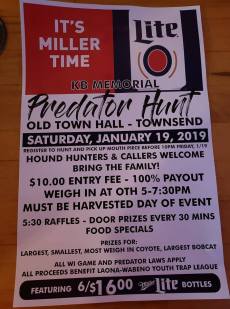 Flyer from nearby contest.

Flyer from nearby contest

Flyer from nearby contest

After contacting the hiker who found the carcasses, on April 4, 2019 Wolf Patrol visited the dump site to investigate, and report the illegal dumping to Wisconsin Department of Natural Resources law enforcement.

Last Spring, Wolf Patrol also documented the illegal dumping of over 24 coyotes in the Chequamegon-Nicolet National Forest in Bayfield County. While it is illegal to kill foxes, coyotes and bobcats, only to later dump the carcasses, the practice often occurs after wildlife killing contests where cash prizes are offered for killed animals but not their meat or fur.

Coyotes dumped after a 2019 predator killing contest in nearby Michigan.

Predator killing contests are also popular in nearby Michigan, where this past winter the dumping of coyotes following another contest was also documented and reported to Michigan’s DNR.

Wolf Patrol is opposed to the wanton waste of wildlife associated with predator killing contests and is offering a $500 reward for information on whoever is responsible for dumping these foxes in the Chequamegon-Nicolet National Forest. If you have any information, please contact us and your identity will be protected.

Fox killed and zip-tied after a 2019 predator hunt in Michigan.

Wisconsin residents are also encouraged to contact your elected officials and let them know you support Senate Bill 30 which would ban wildlife killing contests in Wisconsin. You can find your elected representatives here: