It’s only a matter of time before bear hounds and wolves begin their annual life and death battles in the Chequamegon-Nicolet National Forest, where last year over a dozen dogs were killed during Wisconsin’s two-month bear hound training season.

Noncompliant bear baiting contributes to these deadly conflicts by attracting deer, not only bear to bait sites in Wisconsin wolf territory. When bear hunters put down their dogs at bait sites to chase the bears that have been visiting them, wolves take it as a territorial intrusion, and will defend the bait site as their own feeding area or their young pups which are just leaving dens for the first time.

Where three bear hounds were killed by wolves in Wolf Patrol’s 2019 field of operation and where three noncompliant bear baits were reported to WDNR.

Every year, Wolf Patrol is in the Chequamegon-Nicolet National Forest investigating and documenting the continuing use of bear baits to train hounds in Wolf Caution Areas where other dogs have already been killed. Why would bear hunters release their dogs in areas they know they might get killed? Because if they do, hound hunters can claim up to $2,500.00 per lost bear hound.

Paying careless and lazy hound hunters for their irresponsible bear hunting practices is no substitute for a real system that would require registration for all bear baits on public and national forest lands. In addition, such a system could be used to identify which baits might be contributing to bear hound depredations when they are in areas where hounds have already been killed.

Bear hounds as young as 7 months (like this one offered for sale on July 6, 2019) are released in Wisconsin wolf territory to learn how to chase bears in Wisconsin’s two-month training season.

Wolf Patrol is not being unreasonable, we are simply asking that Wisconsin’s Department of Natural Resources and the U.S. Forest Service require a registration system that would allow public lands managers to get an accurate idea of just how many bear baits are in operation during bear hound training season when most bear hound depredations occur. 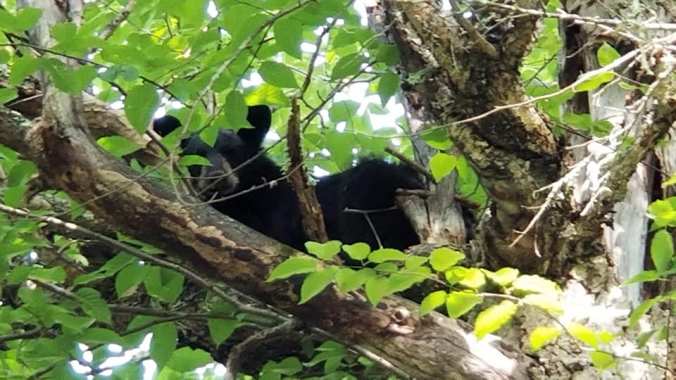