Since federally protected gray wolves killed a bear hound in a heavily bear-baited portion of the Chequamegon-Nicolet National Forest (CNNF) on July 13th, 2019, Wolf Patrol has been monitoring baiting in this and other Wisconsin Department of Natural Resources (WDNR) designated Wolf Caution Areas (WCA’s).

What our monitors are seeing is what’s come to be expected with the literally unknown number of unregistered bear baits allowed to be operated in Wisconsin, many in known wolf territory. 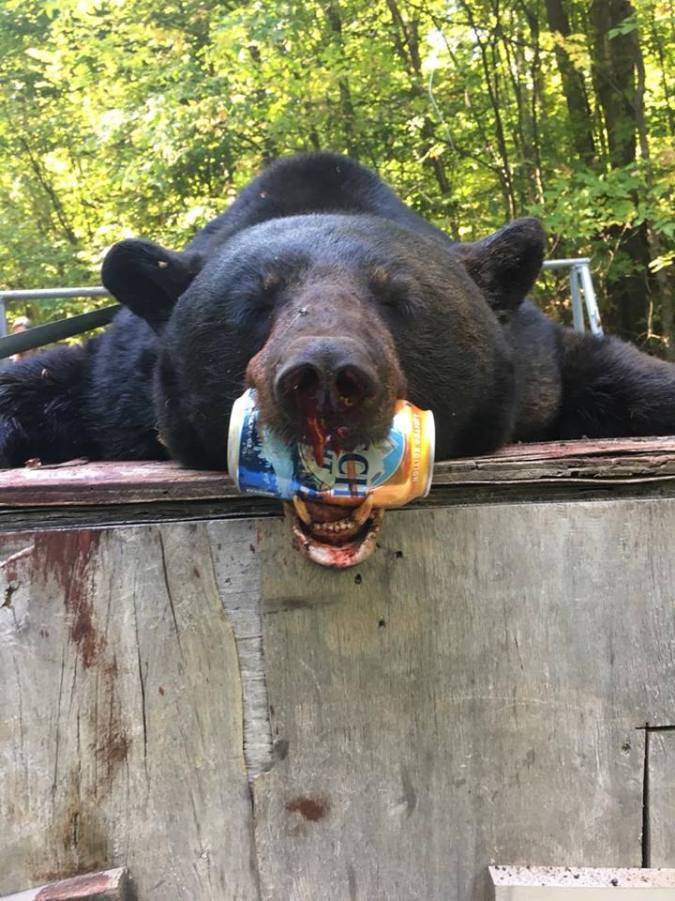 Conditioned to being fed to be later killed for fun.

Despite much of the current baiting occurring on weekends, black bears across Wisconsin, especially in the Chequamegon-Nicolet National Forest, have become conditioned to accepting the predictable handouts from bear hunters, continually visiting bait sites throughout their now changed lives.

This might be why a 2018 WDNR study found that as much as 40% of a black bear’s diet in northeastern Wisconsin is comprised of human food dumped as bear bait. In Wisconsin, not only can anyone bait for bears without a license, they can even use chocolate which is toxic to bears and other wildlife. One bear hunter told Wolf Patrol that he believes the use of chocolate, even in small amounts in Wisconsin, is killing bear cubs. 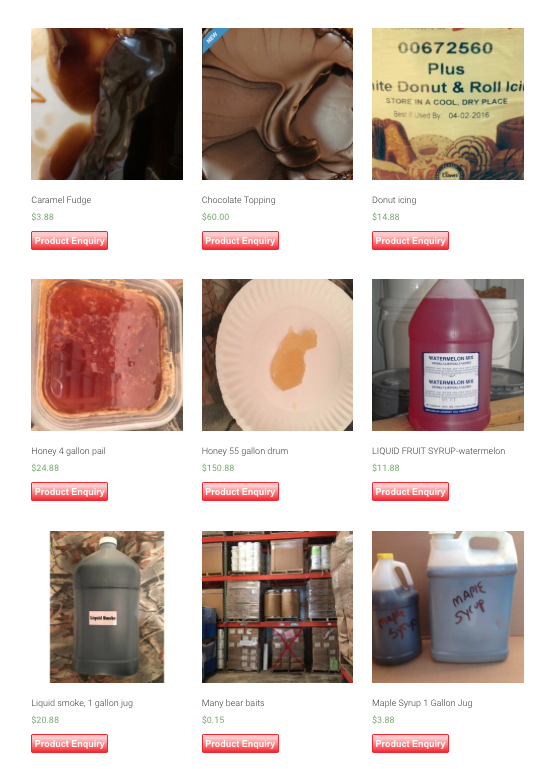 With no limit on bear baiting, truckloads of food waste is re-sold as bait which can be used beginning in April and dumped until bear hunting season ends in October, marking the longest bear baiting season in the nation. Even fryer grease and other oils can be dumped by the gallon on national forests in Wisconsin, if you’re a bear hunter.

And its not just the bears that are being conditioned to being fed by humans on our national forest lands, but recovering wolves too. On July 23, 2019, USDA-Wildlife Services confirmed that wolves depredated a Walker trailing hound in the Town of Oma, Iron County, where there’s a long history of conflict between bear hounds and wolves.

This marks the fifth conflict between bear hounds and wolves since Wisconsin’s training season began on July 1st 2019. Because of the lack of any license requirement, hound hunters come from all over the country to bait for bears in Wisconsin,  Bear baits are placed where hound hunters can take their hounds to follow the scent of bears, after they have visited bait sites. 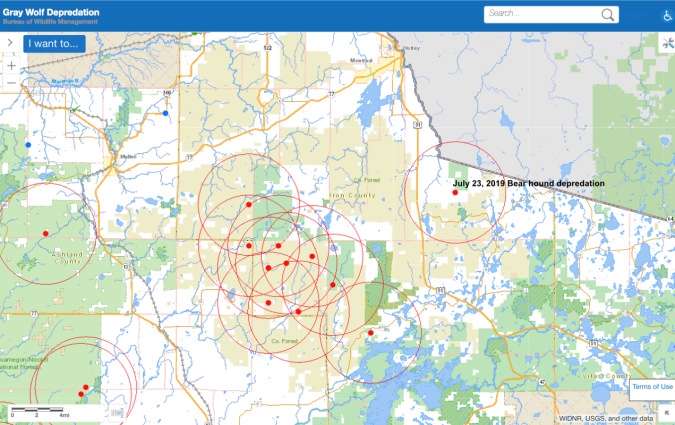 That is when the conflict between wild and domestic dogs occurs. Wolves that are especially territorial because of their young pups will identify bear bait sites as feeding grounds and defend them against what they believe is an intrusion. This is a conflict that has existed since recolonizing wolves, and a growing number of hound hunters have spread into Wisconsin. 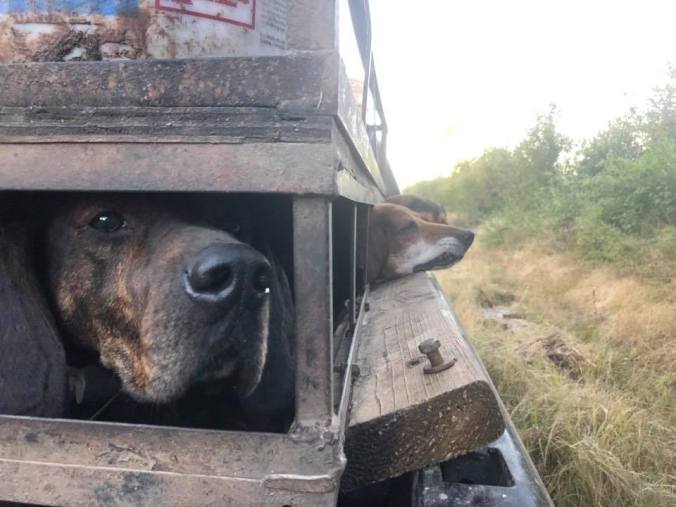 Ain’t nothing but a hound dog…I don’t want to die!

This is a preventable conflict. But it’ll take your help! Email forest and WDNR officials now asking that the unregistered and unlimited use of bear baits be ended on our national forest lands before more wolves and hounds have to to die.