Bear hunters are continuing to put their dogs at risk by running them in Wisconsin Department of Natural Resources (WDNR) designated Wolf Caution Areas (WCA), as was witnessed by Wolf Patrol members on July 26, 2019 in the Chequamegon-Nicolet National Forest.
So far during Wisconsin’s 2019 summer bear hound training season there have been five reported attacks on bear hounds by wolves defending their young pups, three of the fights have occurred in Forest County where Wolf Patrol monitors the clash between bear hunters and federally protected gray wolves.

Since bear hound training season began on July 1st, Wolf Patrol has been reporting bear baits with exposed bait, which attracts wolves and other wildlife. Bear hunters are also reporting an increase in the presence of wolves at their national forest bait sites.
In Wisconsin there is no license required to bait for bears, even for nonresidents who are also allowed to run as many baits as they choose. There is no registration required for bear baiting in the national forest and its estimated that over 4 million gallons of food waste is dumped annually in Wisconsin to attract bears.

It’s time to get these unregistered and unlimited bear baits off of our national forests! 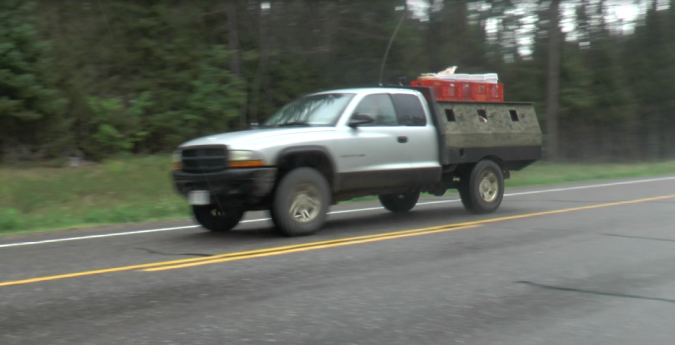 Dumping bait and chasing bears through wolf territory does not require a license in Wisconsin.