On July 28, 2019 while monitoring wolf pup activity in a recent Wolf Caution Area, Wolf Patrol monitors encountered a ten-truck bear hunting party running dogs where one was killed only two weeks ago. One hound hunter took his dogs deep into the Wolf Caution Area off of Windsor Dam Road in the Chequamegon-Nicolet National Forest, and dropped them on a bear’s trail, less than a quarter mile from where a bear hound was killed on July 13, 2019.

The following week, on July 21, 2019, two more bear hounds were killed by federally protected gray wolves in the same region, one less than two miles away from where the July 13 depredation occurred.

Less than 30 minutes into the chase, bear hunters from the large hunting party reported over their radios that their dogs had encountered a pack of wolves who began howling in defense of their territory just off of Fishel Road, about 5 miles from where the bear chase began. 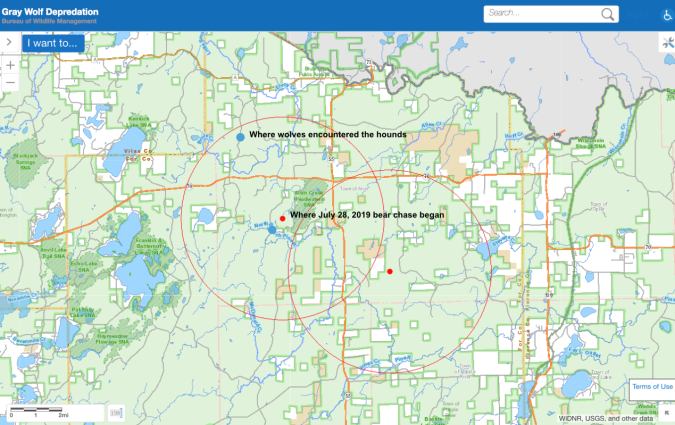 Wisconsin’s Department of Natural Resources (WDNR) endorses and supports a two-month summer bear hound training season when anyone, not just residents can bring any number of dogs into national forests and other public lands to learn how to chase bears.

Unlicensed hound owners can also dump thousands of gallons of used fryer grease and food waste to attract bears in as many unregistered and unlimited bear baits as they’d like to use. Even chocolate is allowed to be used as bear bait in Wisconsin, despite WDNR acknowledging that it is toxic to bears, wolves and other wildlife. 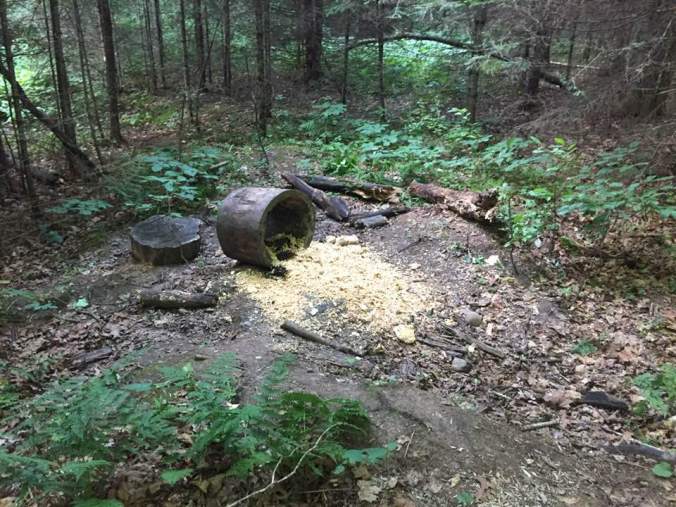 Bear bait with exposed food waste less than a mile from wolves killed a bear hound in the CHequamegon-Nicolet National Forest on July 21, 2019.

Bear hunting practices in Wisconsin are out of control and causing deadly conflicts with federally protected wildlife such as gray wolves and WDNR is perfectly ok with it. But the public should demand that U.S. Forest Service officials cease these practices immediately on national forest lands where feeding the bears conditions wildlife to being fed by humans.

Unregistered and unlimited bear baiting should absolutely not be allowed in any WDNR designated Wolf Caution Areas where bear hounds have already been killed by wolves defending young pups as was documented by Wolf Patrol in the Wolf Caution Area where the hound hunting party was encountered on July 28, 2019.

Send emails to both US Forest Service & WDNR officials today!