The following video was compiled from a trail camera that was placed at an active bear bait inside of a WDNR Wolf Caution Area following the depredation of a bear hound on July 13, 2019, less than a quarter mile away from this unregistered bear bait in the Chequamegon-Nicolet National Forest (CNNF). 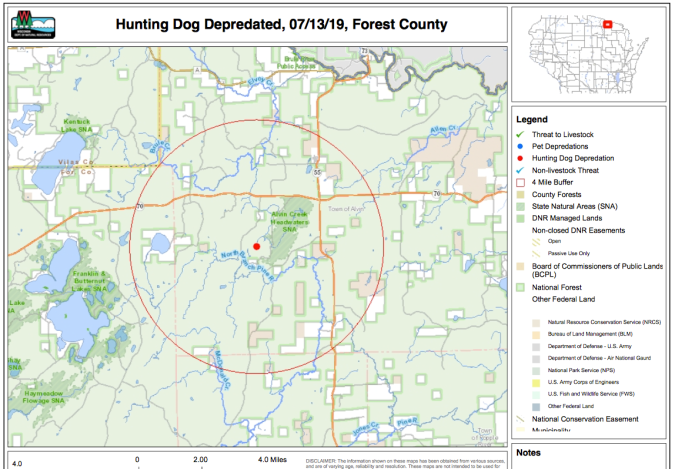 Beginning every July 1st, it is legal for any bear hunter, resident or nonresident, to dump thousands of gallons of oil and food waste in Wisconsin’s national forests and other public lands to attract black bears so hound hunters can release dogs from the bait sites to chase them. This official WDNR & USFS endorsed bear hound training season lasts until September, and no license is required to bait bears or train hounds to pursue bears.

Bear baiting and hound training especially in summer months when wolves are most protective of young pups, leads to an annual death toll of twenty bear hunting dogs or more, as territorial wolves who have grown accustomed to using bear bait sites as feeding locations defend the sites as their own when bear hounds are released to follow the trail of a bear.

Bear hound killed and eaten by wolves near bear bait site where wolf pups were filmed in July 2019.

Despite WDNR designating areas where wolves have killed bear hounds as “Wolf Caution Areas” many bear hunters continue to ignore the warnings and maintain bear baits and run hounds in Wolf Caution Areas, as Wolf Patrol has documented over the last five years in the Chequamegon-Nicolet National Forest.

Now its time for U.S. Forest Service officials to do something, if WDNR won’t to prevent more bear hound deaths and unknown injuries to wolves and their young pups on national forest lands where endangered wildlife is required to be protected by federal and state laws. 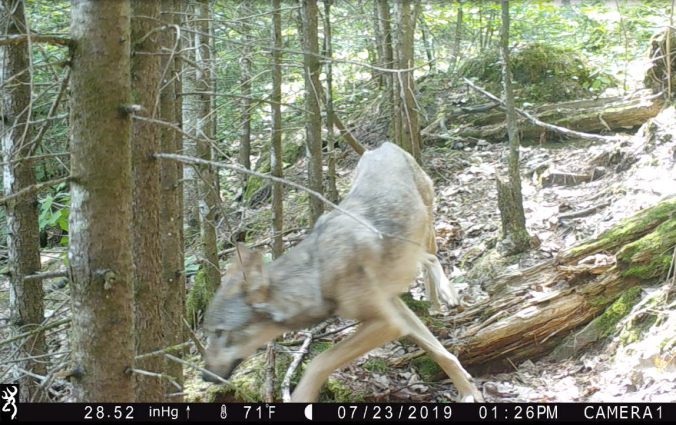 SEND EMAILS TO US FOREST OFFICIALS: 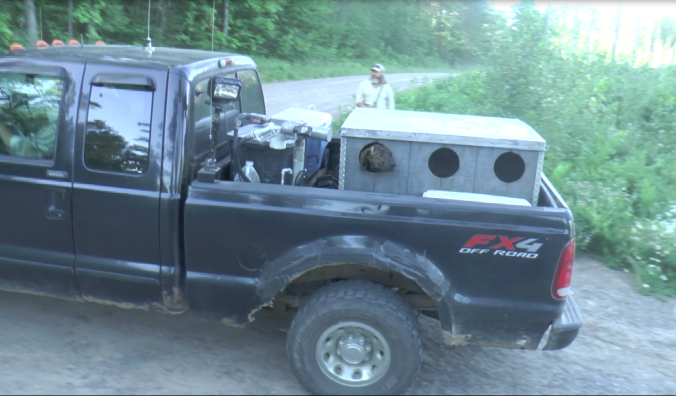