Wisconsin bear hunters don’t want you to see what they are doing in the Chequamegon-Nicolet National Forest. That is why the Wisconsin Bear Hunters Association (WBHA) lobbied for the passage of the “Right to Hunt Act” which was signed into law at the WBHA’s annual conference in 2016 by then Gov. Scott Walker.

August 4, 2019: Another bear hound killed during training, this time by the bear being chased.

The new law cited only Wolf Patrol’s monitoring and publicizing of bear hunting practices on public lands since 2015, as cause for a stronger hunter harassment statute that would prohibit photographing and videotaping bear hunters in Wisconsin. 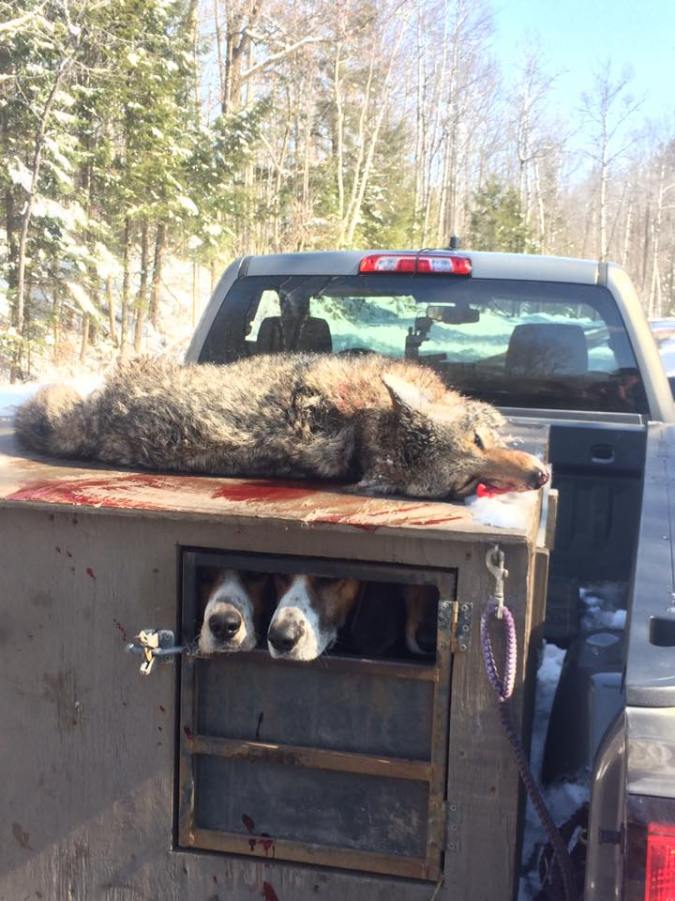 Many Wisconsin hound hunters like Andy Nowinsky don’t only chase bears, but coyotes in winter as well.

The problem is the “Right to Hunt Act” is unconstitutional. Anyone can take pictures or videotape on public lands and roads, which is why Wolf Patrol has never been cited for violating the new law. Even the “Right to Hunt Act” acknowledges that one must have the intent to impede or obstruct legal hunting activities in order to violate any hunter harassment laws.

Wolf Patrol’s intent is not to impede or obstruct legal bear hunting practices in Wisconsin. Our intent is to see bear baiting and hound training practices regulated, restricted or outright prohibited on national forest lands where they are causing deadly conflicts with federally protected gray wolves and other wildlife.

Which is why we are continuing to share not only our own videos of Wisconsin bear hunters on national forest lands, but their own videos as well, which they are kind enough to share on Facebook.

As long as over 4 million gallons of bear bait is dumped, as long as there is no limit to the number of bear baits, and as long as hound hunters continue to bait and train their dogs in WDNR Wolf Caution Areas in the Chequamegon-Nicolet National Forest, Wolf Patrol will continue exposing these unethical hunting practices. 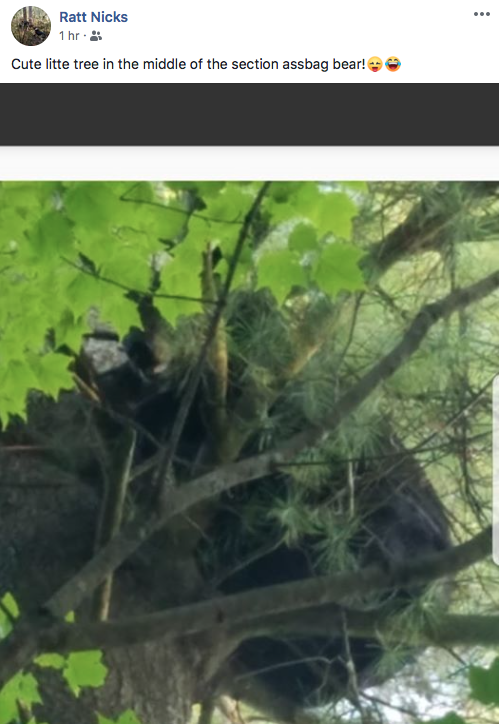 On August 2, 2019 Wolf Patrol was contacted by the Wisconsin Department of Natural Resources (WDNR) and questioned about whether we were engaging in bear baiting activity. Apparently bear hunters have complained that we are for whatever reasons. What is ironic is that if WDNR required basic registration for bear baiting in Wisconsin, they wouldn’t have to waste any of conservation officers time trying to figure out who is baiting and where. 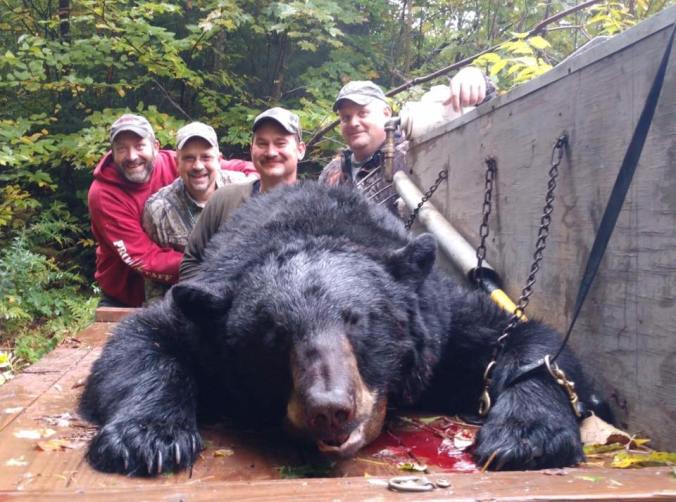