On August 22, 2019 a young bear hunter and anti-wolf advocate from Forest County, Wisconsin reported on Facebook that he and his brother shot at federally protected wolves after they killed one of their hunting hounds during the state’s two-month summer bear hound training season.

Ty Belland says that after a five-mile chase, his GPS indicated that one of his dogs 700 yards away wasn’t moving. When he was 60 feet away, he says he saw two wolves killing his dog and yelled. According to Belland, the wolves dropped his dog and came at a dead run towards him causing him to fall, but he was able to keep the wolves at bay with a tree branch until they ran far enough away for him to retrieve his pistol and shoot towards them with the intent to scare them away. 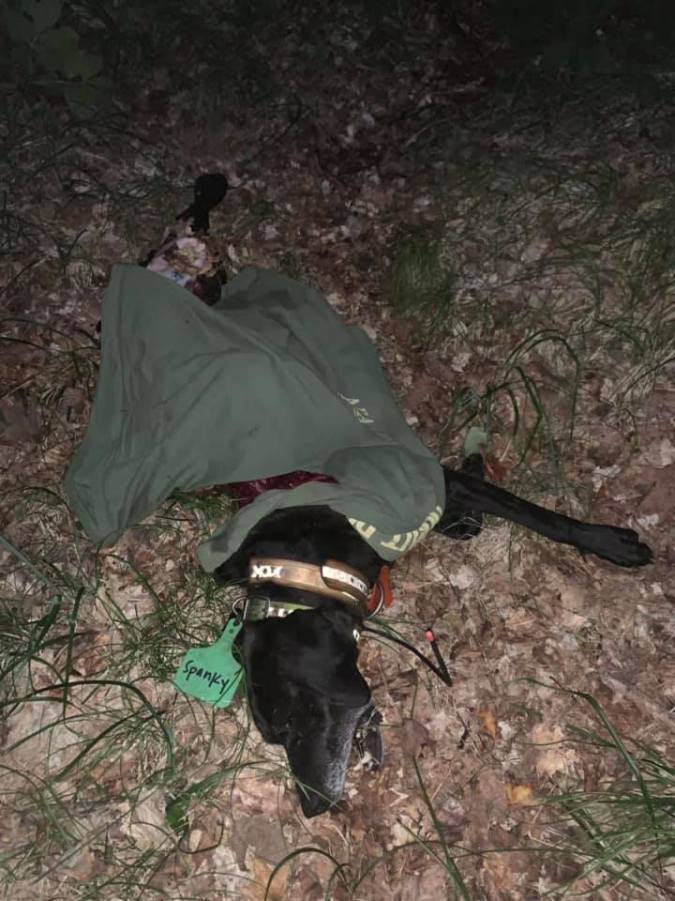 Belland says he called his brother Wes for help and halfway to his truck on the 700 yard return walk, the wolves began following and barking at him. After a few minutes, he shot twice towards where he thought he could see the wolves. When he was 50 yards from the road he says the wolves again came towards him and circled for about five minutes until his brother Wes Belland arrived. “After two shots fired they ran away and let us get back to the truck.” said Ty, not indicating who fired the last two shots. On August 23, WDNR confirmed the Belland’s wolf depredation just inside of Marinette County on private forest lands. 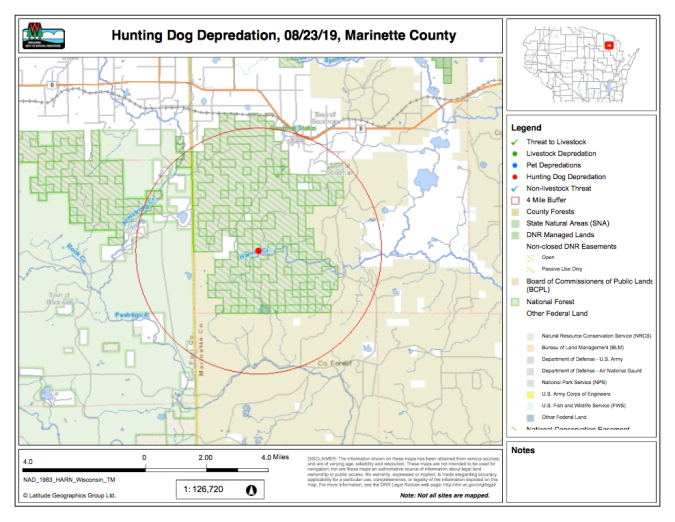 Ty Belland and his brother Wes are part of a community of hound hunters in Forest County who promote the illegal killing of wolves. The brothers use their dogs to hunt not only bear, but bobcat and coyotes as well and this is not the first time one of their hunting hounds has been killed by territorial wolves. In March 2019 Wes Belland posted a photo on his Facebook page of a wolf-killed deer that led to many commenters advocating for more illegal wolf killings. Belland commented that someone could only shoot a wolf if “they have harmed you with a mark to prove it.” 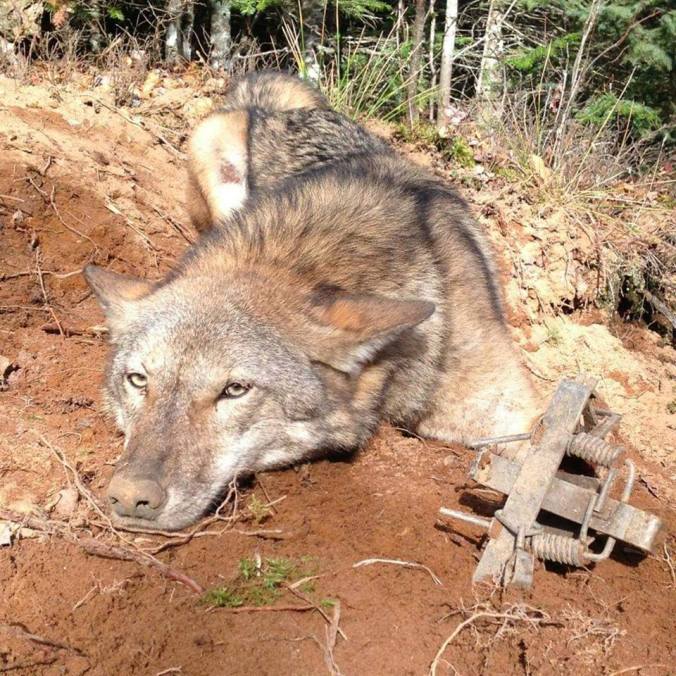 Wolf Patrol contacted Wisconsin Department of Natural Resources (WDNR) law enforcement on August 23, 2019 to ask whether the Belland’s shooting incident would be investigated as a possible violation of the Endangered Species Act (ESA). Under current federal protections, a wolf can only be killed if it is endangering a human, not a dog’s life.

On August 26, 2019 WDNR conservation officers informed Wolf Patrol that an investigation had been carried out and US Fish & Wildlife authorities had determined that, “The ESA does allow for the protection of life within the code. As Mr. Belland documented the encounter, there would be no violation of the ESA.” 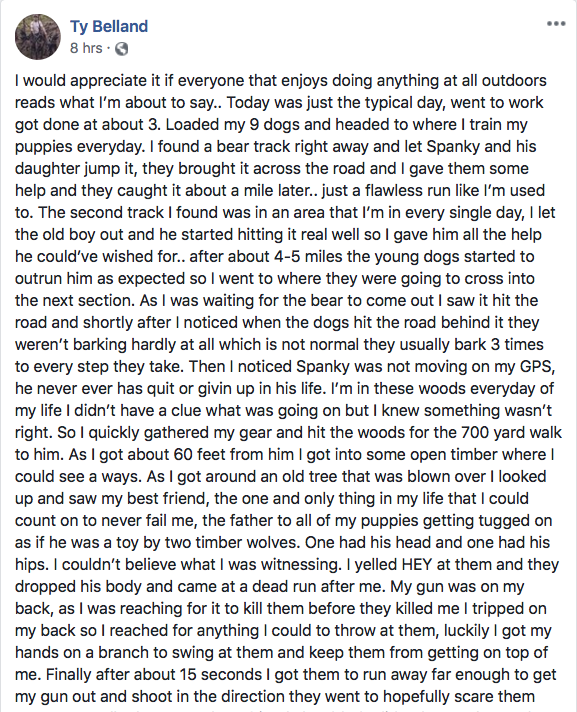 In addition a WDNR conservation officer interviewed Ty Belland and members of his hunting group, saying he was “unable to find any information to discredit the FB Post.  Mr. Belland and his group were advised of the ESA, reminding them that wolves are protected. Any retaliatory shooting of wolves by anyone outside the exceptions of the Endangered Species Act could be charged in either Federal or State court.”

Since the August 22 bear hound depredation, Wolf Patrol has been monitoring continued bear baiting and hound training in the newly created WDNR Wolf Caution Area. In addition, local anti-wolf advocates are warning that two individual wolves are prowling the nearby Blackwell, Wisconsin area and people should arm themselves for their own protection. 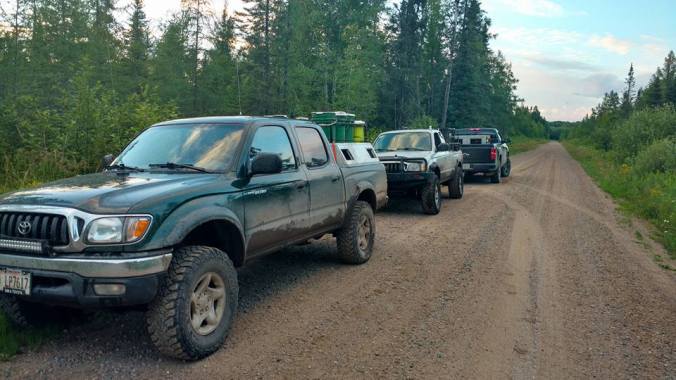 There were thirteen separate bear hound and wolf fights reported during the 2019 Wisconsin bear hound training season which ran from July 1-August 31. The Belland incident was the 12th, but more are sure to occur during the actual bear killing season which begins September 4th and runs until early October 2019.

And as more and more bear hound depredations occur, more hound hunters will know they can shoot at federally protected wolves, as long as they claim the wolves were threatening their own lives as well. This is not an acceptable solution to the conflict bear hunters are creating with federally protected wildlife, especially on our national forest lands where unregistered bear baiting is also attracting wolves that in turn, prey on bear hounds.

The now allowable exception to the Endangered Species Act that allows bear hunters to fire on federally protected wolves is just one more reason why Wolf Patrol is calling on Chequamegon-Nicolet National Forest officials to address unregistered bear baiting and hound training on our national forest lands, where its causing multiple conflicts with wolves and other wildlife.

Please Send Your Email to US Forest & WDNR Officials Today!