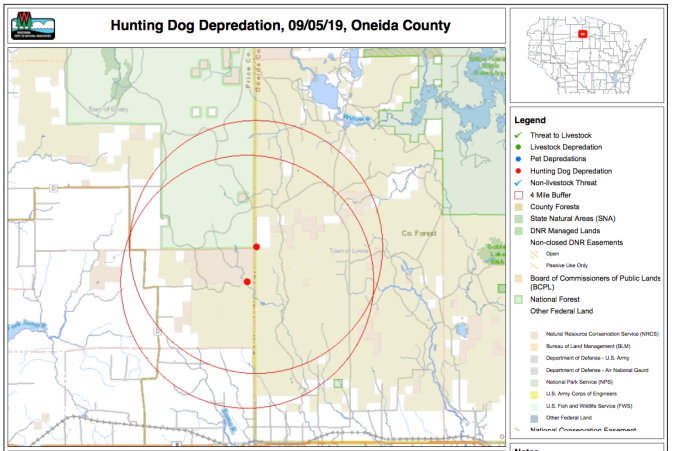 Most of the bear hound depredations that have occurred in 2019 have been in areas heavily baited for bears and where there is a history of wolf depredations on bear hounds. On opening day of the actual kill season on September 4th, a bear hound was killed in northern Forest County in the Chequamegon-Nicolet National Forest where so far this year, there have been five separate deadly fights between wolves and bear hounds on national forest lands. 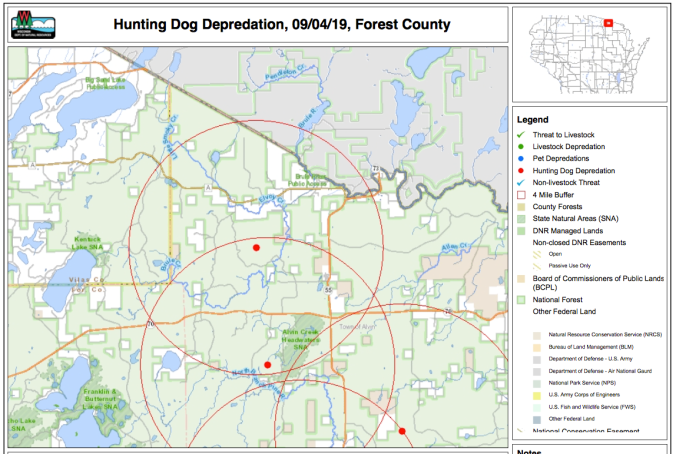 Neither the Wisconsin Department of Natural Resources  (WDNR) or the U.S. Forest Service (USFS) require registration or limits to the number of baits a bear hunter can place on national forest and other public lands. Up to ten gallons of human food waste, fryer grease and even chocolate that is toxic to bears, can be used in each bait daily. 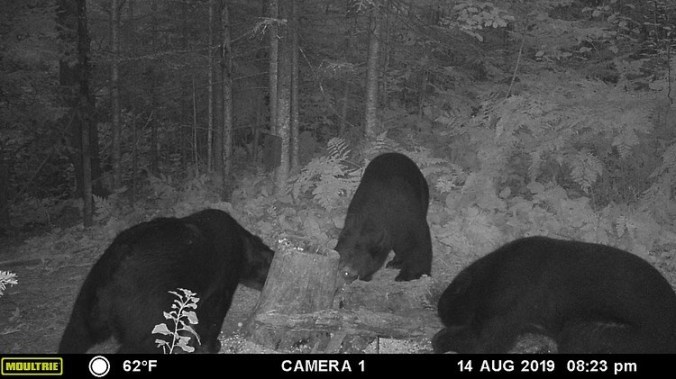 “Insane bear action on the Vulture Bait in Wisconsin. Between these 3 nice sized bears and the other bears on the bait, I’m going through my legal limit of 10 gallons of bait in about 6 hours after putting it out. It’s a good problem to have.” Bear Hunting Podcast on Facebook 08/17/19.

Since Wisconsin’s 2019 bear hound training season began, Wolf Patrol has been investigating and documenting federally protected wolves visiting and feeding from bear baits in the Chequamegon-Nicolet National Forest where the majority of bear hound depredations in 2019 have occurred so far this year.

“The dog smasher is dead Post Lake Mafia.” Shared on Facebook by Aaron Hamann on 09/05/19: Not only wolves, but black bears will kill hounds too, as this one allegedly did to Aaron Haman’s dog during the 2019 summer bear hound training season in northern Wisconsin.

Unregistered and unlimited bear baiting on our national forest lands has created a deadly conflict between bear hunters and wolves that is only getting worse. A bear baiter and hound hunter operating where a bear hound was killed on September 4th has told Wolf Patrol that wolves aren’t only protecting their pups, they’re actively hunting free-roaming bear hounds. If wolves are becoming conditioned to hunting bear hounds, both WDNR and the USFS should take action to limit bear baiting and hound hunting in known WDNR Wolf Caution Areas. 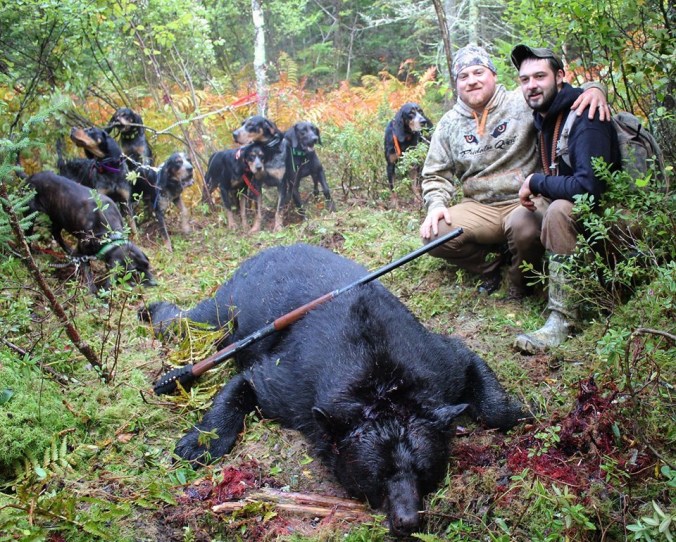 “We made our approach in, dogs were on both sides bear was swinging its head back and forth, and just when he noticed us Bobby sent a 45-70 round right into his skull!” Shared on Facebook by Carl Bailey III on 09/06/19.

Please email both WDNR & USFS officials asking that bear baiting and hound hunting be ended in areas with a history of deadly conflicts between federally protected wildlife and  bear hunting hounds! 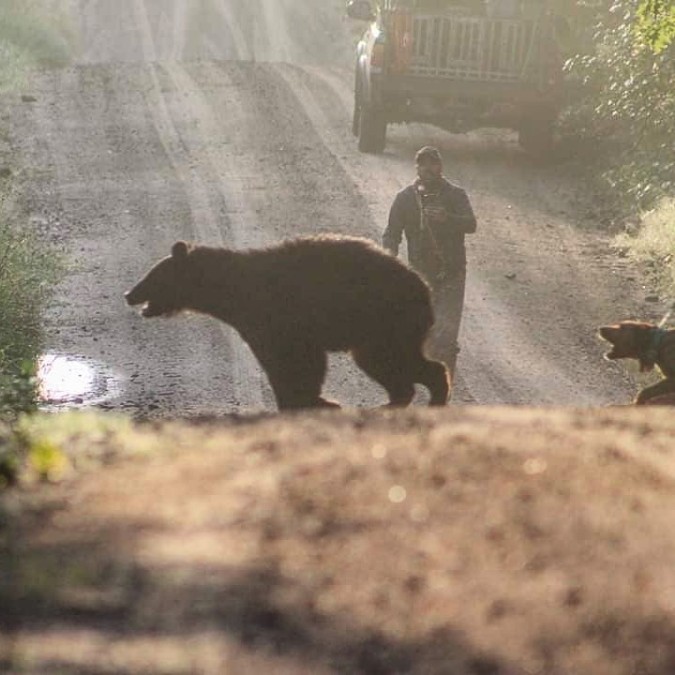