Reports are just coming in for the number of bear hounds killed this weekend during Wisconsin’s bear hunt which began on September 4th. So far, 18 bear hounds have been killed by wolves since the state’s two-month hound training and bear baiting season began on July 1st. The actual kill season runs until October 8th.

Four WDNR Wolf Caution Areas overlapping, but bear hunters are still running their hounds where four have already been killed.

The latest depredation which resulted in an injury, not death of a bear hunting hound, took place on September 6, 2019 in Polk County, Wisconsin. This was the 17th bear hound and federally protected gray wolf fight reported since July 2019 and there’s still an entire month of bear hunting in northern Wisconsin wolf territory.

The 17th bear hound and gray wolf fight since July 2019. One more month of depredations still to come.

Wolf Patrol visited multiple Wisconsin Department of Natural Resources (WDNR) Wolf Caution Areas in Marinette and Forest County where wolves have killed more bear hounds this year than any other area of the state. Wisconsin’s allowance of unlimited and unregistered bear baiting sites, many on national forest lands, has led to not only bears being conditioned to visiting bait sites, but wolves as well.

Now it appears wolves are also becoming conditioned to defending these feeding sites as well as their own territory by killing not only hunting hounds, but any dog. It’s time the WDNR & US Forest Service do something to restrict and limit bear baiting and hound running in WDNR Wolf Caution Areas once any dog or hunting hound is killed.

Please email WDNR & USFS officials asking for immediate action before more hounds and wolves have to fight to their deaths! 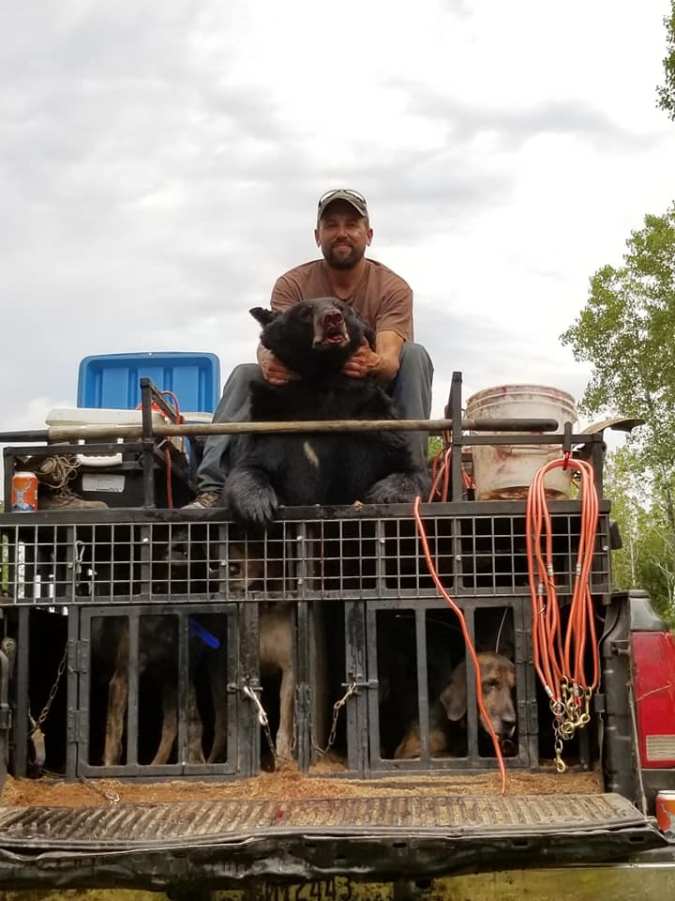 How to Hunt Bears in Wisconsin: “Dump thousands of gallons of bait on national forest lands, train dogs to chase fed bears up a tree, then shoot.” Another successful Wisconsin hound hunter on September 7, 2019.