09/08/19 Bryan Catlin’s Facebook post about wolf attack on his hounds and other public lands bear baiters who destroyed his bait.

In Forest County, Wisconsin where five deadly wolf/hound fights have been reported on national forest lands, many bear hunters are reporting wolves visiting their bait sites and hunting their hounds. On August 22, in nearby Marinette County, hound hunters fired on wolves they claim were trying to attack them after killing one of their hounds (the Endangered Species Act only allows wolves to be killed if they are threatening your life, not a dog’s.) Wolves will also defend summer rendezvous areas especially while their young pups are still vulnerable. 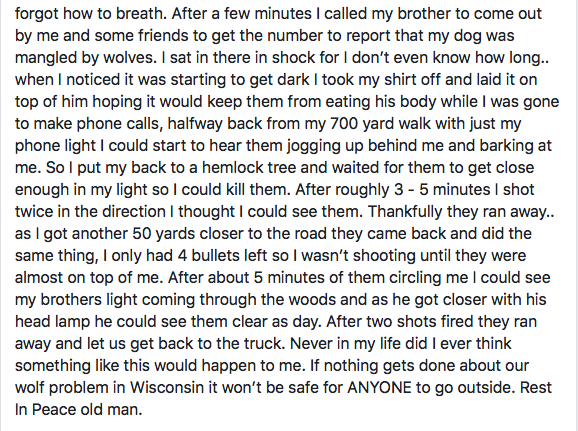 With three more weeks of bear hunting with hounds left in Wisconsin’s bear season, many more deadly clashes between hounds and federally protected gray wolves are certain to occur, many in the Chequamegon-Nicolet National Forest where over a dozen have already occurred. Yet, Wisconsin’s bear hunters continue running their dogs in Wisconsin Department of Natural Resources (WDNR) Wolf Caution Areas which are designated once a depredation of a hunting hound has occurred. 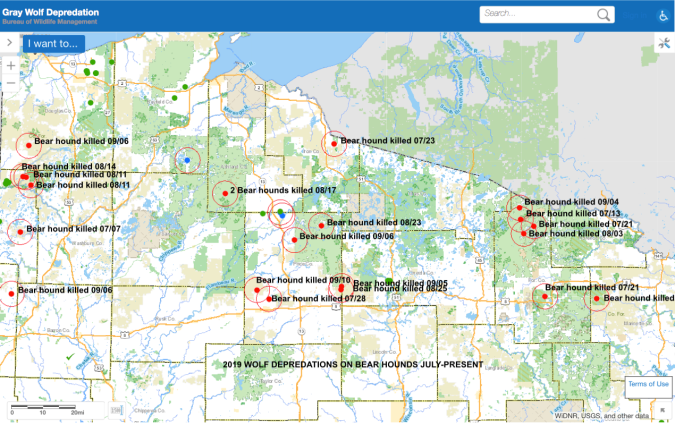 Wisconsin’s policy of compensating hound hunters up to $2,500.00 for each hound killed by wolves may be contributing to the careless running of hounds in caution areas where hounds have already been killed. The state program even allows for payouts to known wildlife violators including hound hunters who were running their dogs illegally.

Wisconsin is also the only state in the nation that allows unlicensed, unregistered and unlimited baiting of bears for the purposes of hunting. A WDNR survey in 2014 estimated that over 4 million gallons of food waste, grease and oil is dumped in Wisconsin each year to attract bears, many so hound hunters can then chase them. WDNR and the US Forest Service even allow chocolate to be used as bear bait though its been proven to be toxic to bears and wolves and was recently banned in neighboring Michigan. 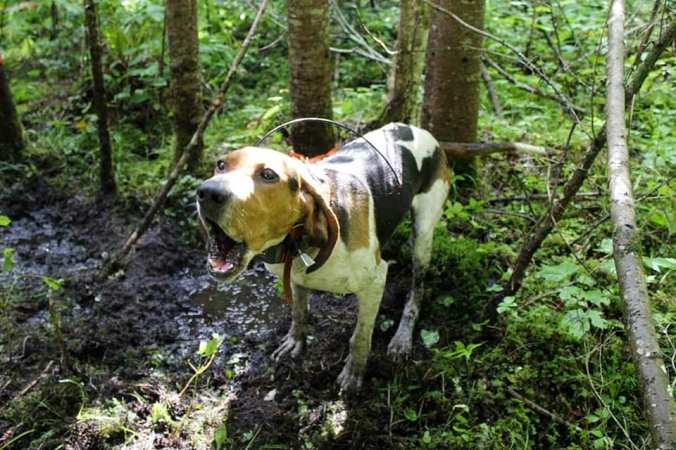 All, so bear hunters can shoot bears out of trees after chasing them for miles. In Wisconsin’s national forests and other public lands, resident and nonresident hound hunters have been baiting and chasing bears for over two months and now is the time for the kill. Only its not just bears that are dying, but wolves and hounds too. Its time state and national forest managers do something to stop the preventable conflict between bear hounds and federally protected wolves before more animals have to die. 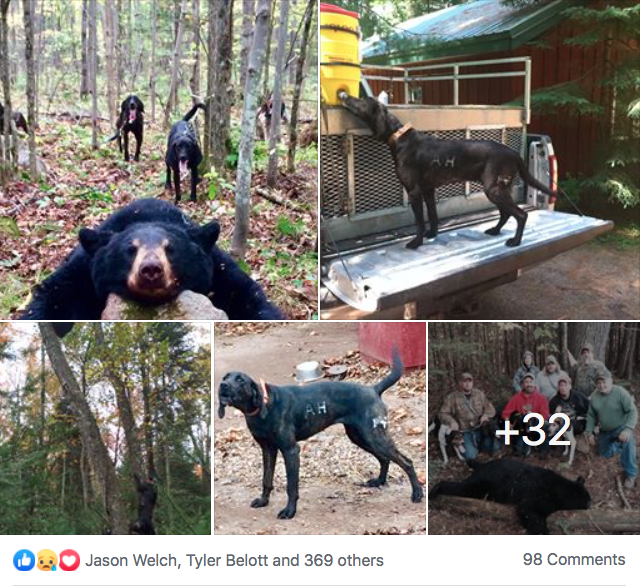 Aaron Hamann’s September 10, 2019 Facebook post about the second hound he’s had killed by bears, not wolves this year.

If you agree that practices like running packs of dogs through known wolf caution areas and the unlimited & unregistered baiting of bears with human food waste including chocolate which is toxic to bears and wolves should be banned in our national forests, please let officials know!