Once again, after being exposed for illegal cruelty by their own videos, coyote hunters are still proudly sharing videos of on-going animal abuse disguised as coyote hunting with hounds on Facebook. 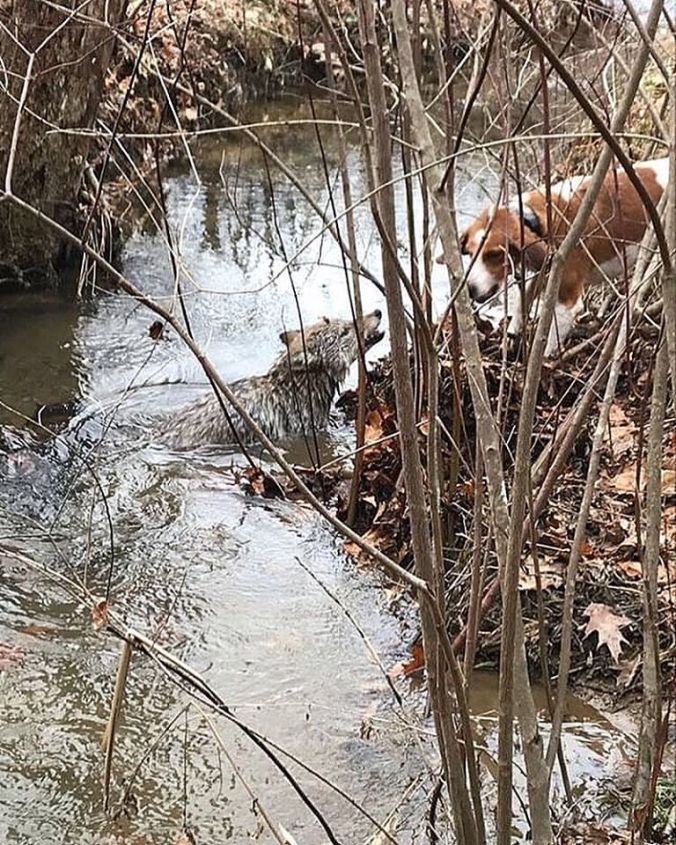 Often hunting hounds will chase coyotes into freezing waters where they are drowned or dragged out and mauled to death, all while the hound hunter is filming for Facebook.

The following video was published on January 27th, 2020 on the Facebook page, “Furdog” which is operated out of Maryland and is a booking agent for hound hunts all over the world.

Hound hunters from all over the world share graphic photos and videos on “Furdog”. It’s one of the many platforms today’s hound hunters use to boast about their kills.

Furdog’s own Facebook page is full of evidence of the brutality and cruelty that is normal when dogs are pitted against dogs, or as followers like to call it, hound hunting. 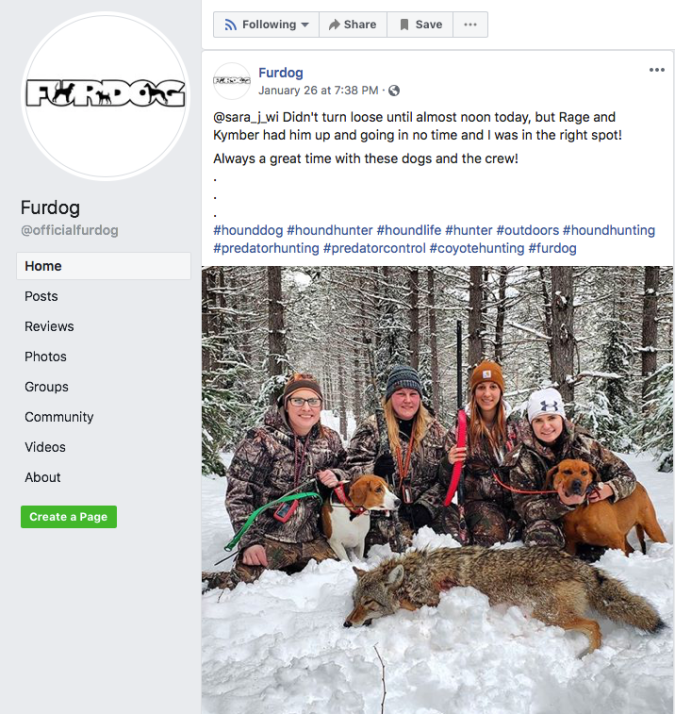 Wisconsin hounders competing in this year’s coyote killing contest in Argonne, shared on Furdog on January 26, 2020.

Many of the photos and videos shared on Furdog come from Wisconsin and Michigan hound hunters. One of the most recent posts following the publication of this video was that by a known hound hunting group in Laona, Wisconsin known for past abuses.

The Wisconsin crew were also participating in an annual coyote & fox killing contest taking place last weekend at Main Street Ed’s in Argonne where hound hunters were competing for cash and prizes for the most, largest and smallest animals killed. 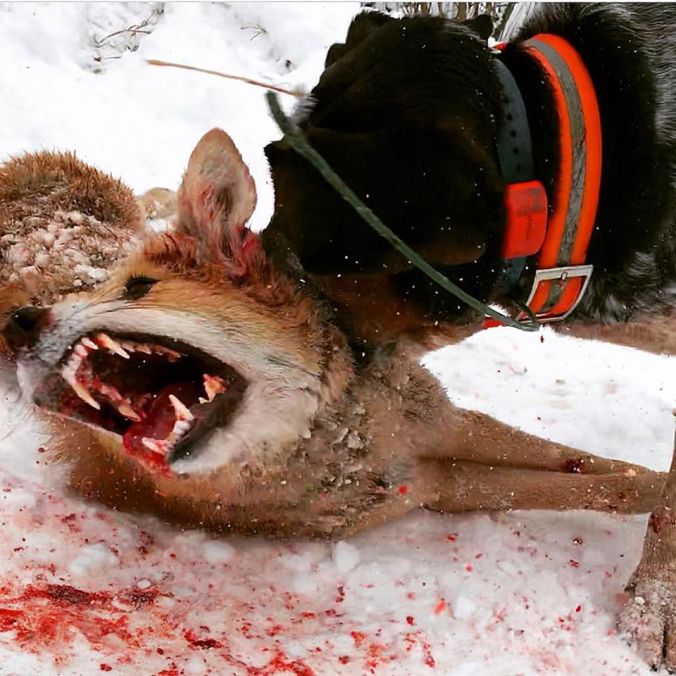 “Rockin B Kennels Strikes Again” reads the caption to this photo on Furdog’s Facebook page.

As Wolf Patrol continues to expose the very common illegal practice (in some states) of “catching fur”, “stretching”, or otherwise allowing your hunting hounds to bite, maul and fight their prey, hound hunters would be wise to stop trying to cover up the activity.

Another hound hunter not afraid to show off his cruelty on Facebook.

You know it happens, you know you cannot control every egotistical hound hunter with a smartphone, you know Wolf Patrol is going to find your videos. Be true ethical sportspeople and condemn the illegal and unethical practice of allowing one’s hunting hounds to fight prey. 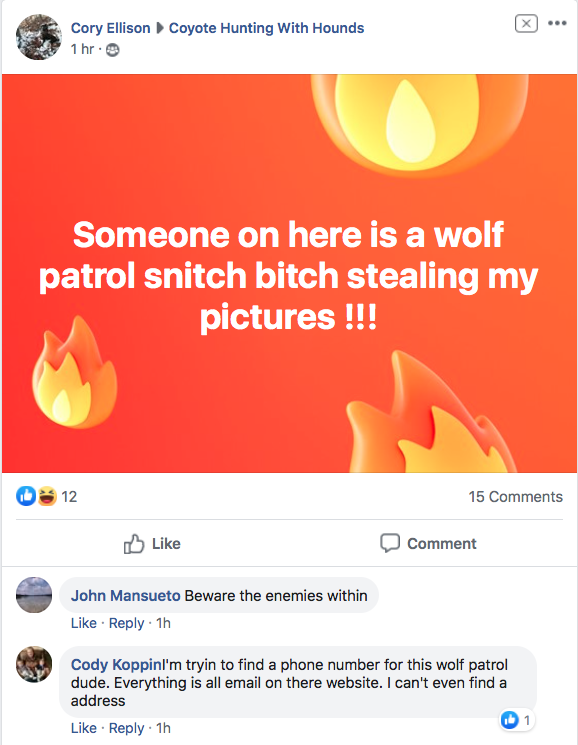 Nationwide, since Wolf Patrol began exposing this season’s cruelty associated with coyote hunting with hounds and subsequent wildlife killing contests, hound hunters especially have responded, not with calls to end the violent practices, but instead by calling on hound hunters not to publish such videos on social media.

One of the photos Michigan hound hunter Cory Ellison is upset that Wolf patrol is sharing with the non-dog-fighting public.

In all of the threads following conversations about being exposed by Wolf Patrol, disgraced hound hunters who know their legalized sport of dog-fighting is being threatened by the light of day, simply do not want the public to continue being made aware of what most states allow to happen to native predators every winter.

Coyote hunting with hounds is simply a barbaric, however legal sport in Wisconsin, Michigan, Indiana, New York, Pennsylvania, Virginia, Ohio and many other states. It’s time citizen’s in every state get involved and let wildlife officials know dog-fighting disguised as hunting should be illegal.

Contact your state’s wildlife department today to find out whether coyote hunting with hounds or wildlife killing contests are legal where you live and vote. Let your state wildlife officials know it’s time to end dog-fighting disguised as hound hunting!