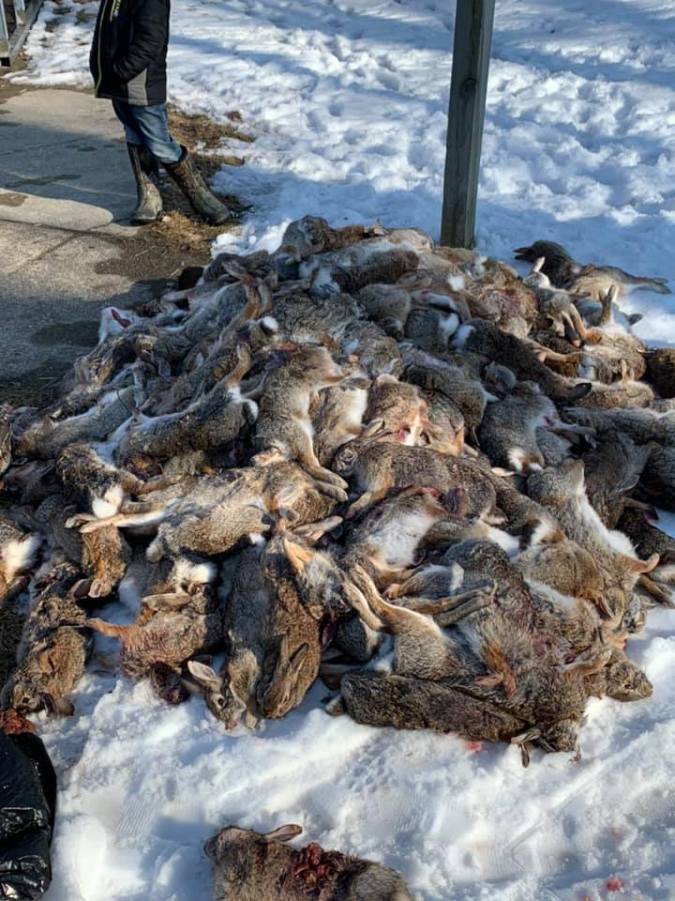 Ravenna “Conservation” Club teaching children how to treat wildlife with one of their many wildlife killing contests endorsed by Michigan’s Natural Resources Commission. February 22, 2020 Ravenna, Michigan.

On February 22, 2020 the Ravenna Sportsman’s Club in Ravenna, Michigan held its second wildlife killing contest of the year, the 2020 Rabbit Derby which saw a large turn out of hunters who killed a reported 678 rabbits. Prizes were awarded for the largest rabbit killed and next month the Club will hold its annual squirrel killing contest.

No stranger to conservation, the Ravenna Conservation Club hosts many wildlife killing contests.

The Ravenna Conservation Club claims that most of the rabbits killed in their contest are “donated” but no mention is made to where. As soon as the rabbit derby was over, the club posted on Facebook that anyone could take the dead rabbits from their killing contest.

While it is charitable to donate food to the hungry, it’s not ethical to kill any animal without any intention to utilize its meat and/or fur. Simply killing as many animals as you can isn’t hunting, it’s the wanton waste of wildlife. 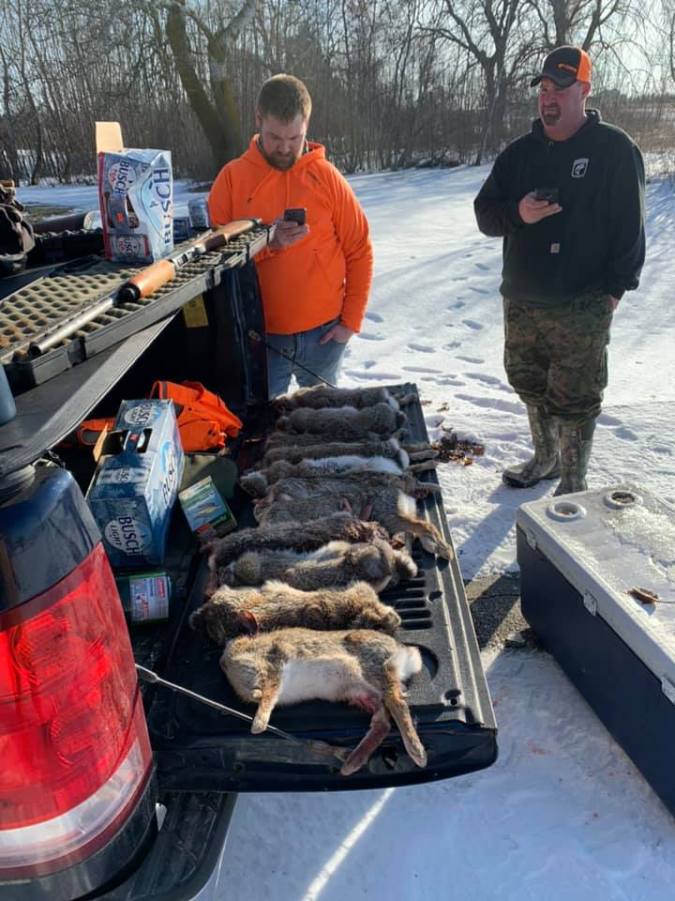 “Why won’t she text me? Didn’t she like my dead rabbits? Guns and beer are not a good combination when you’re hunting, but they are when you’re participating in a killing contest!

Wildlife killing contests like the Ravenna Conservation Club’s Rabbit Derby encourage overhunting for no other reason than that it’s fun. This isn’t science based wildlife management or putting food on the table, its killing for fun and money and it should not be endorsed by Michigan’s Natural Resources Commission. 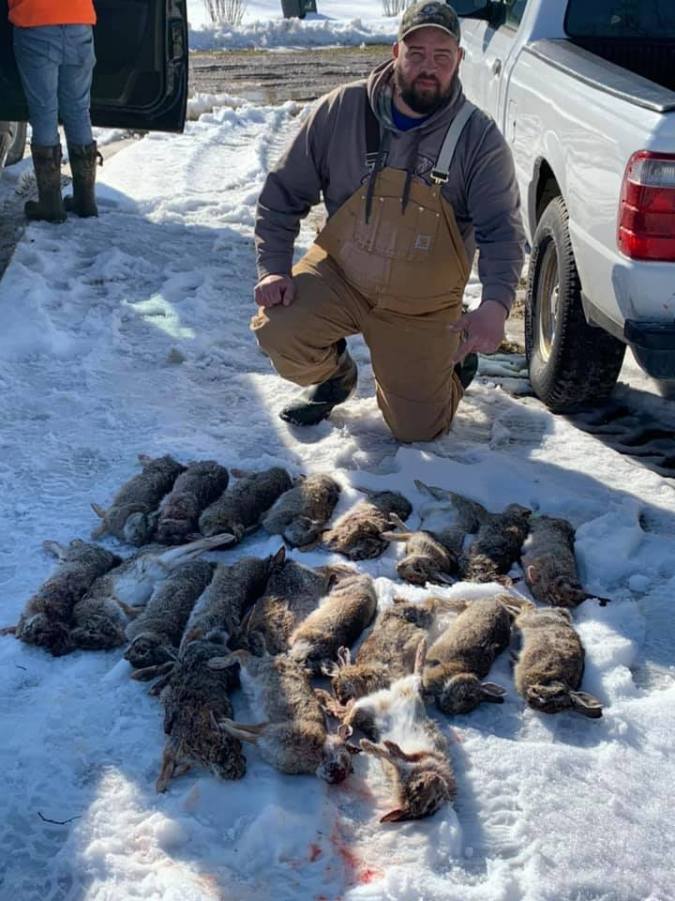 Please send a polite email to Commissioners alerting them to the wanton waste of wildlife that is being encouraged by Michigan’s many wildlife killing contests and ask that the competitive killing of any animal should never be rewarded with cash and prizes.

To Send Your Email To Michigan’s Natural Resources Commissioners: