Please take a few minutes and send a comment to the US Forest Service asking them to end the practice of bear-baiting & hound hunting in the Chequamegon-Nicolet National Forest.

There is a documentary being produced about Wolf Patrol by the wonderful Joe Brown! Check out the documentary website at wolfpatrolfilm.com and ‘like’ the facebook page. 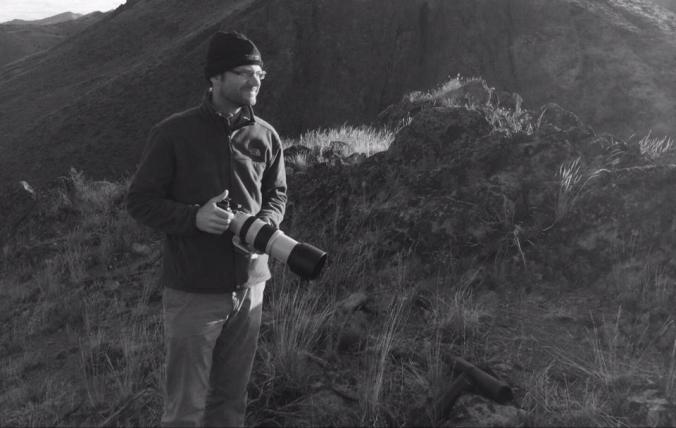 In July, Wolf Patrol set out to gather information about Wisconsin’s bear hound training & baiting activities on public lands. Our focus was to learn more about the conflict that exists as a result of bear hunting hounds being trained in wolf habitat in early July when the predators’ are leaving their dens with new pups to areas known as “rendezvous sites” where their parents can teach them to hunt and explore their habitat. Last year in Wisconsin alone, over 25 hunting hounds were killed by wolves as they hunted or were trained on public lands. 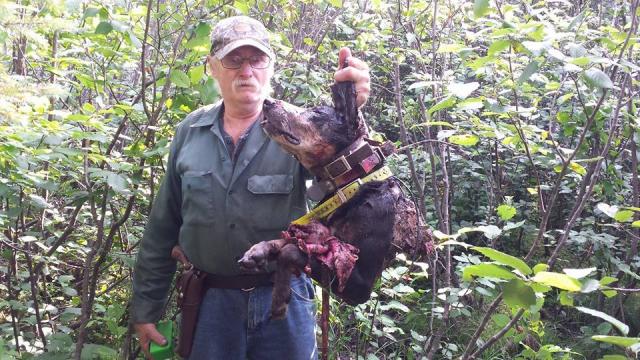 Although bear hunting in Wisconsin does not begin until September 9th, it is legal in Wisconsin to begin baiting for bear in mid-April, and training bear hounds on July 1st, thus bear hunters through intentional feeding, are conditioning bears to behave in ways that are in the bear hunter’s own self interest. This is not only the opinion of Wolf Patrol, but the scientific findings published recently by researchers who investigated Wisconsin’s liberal bear hunting policies, comparing them to Michigan’s, where a much more regulated baiting season exists. What we found in our two weeks of on-the-ground investigations reinforces the findings of researcher Joseph Bump and others in, “Bear-Baiting May Exacerbate Wolf-Hunting Dog Conflict” published in 2013.

Early Summer is not only a time when bears and wolves are active, but other wildlife as well. The presence of “free-feeding” bait sites throughout bear habitat, means not only bears are influenced by these artificial feed sites, but other animals as well. Most notable in our findings was the presence of deer at bear bait locations. Deer and other animals are attracted by the calorie-rich foods placed in the field by bear hunters, and anywhere there are deer congregating, you can expect predators and other wildlife to gather as well. What we are witnessing is a “trophic cascade” whereby, bear hunters intentionally set out baits for bear, the bait becomes exposed, and other wildlife feeds from it, also contributing to predator attention to bear baiting sites. 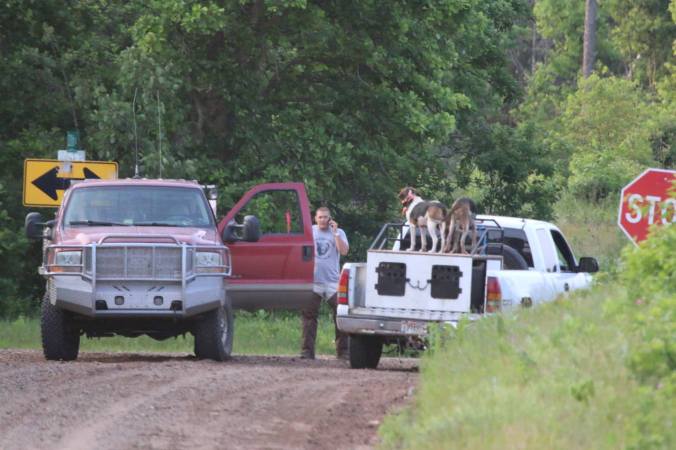 One particular bait supplier, “Northwoods Bear Products” uses the by-line: “Turn Nocturnal Bears into Daytime Bears” taking pride in the fact that their artificial baits and lures cause bears to alter their natural behavior. Bear baiting is a big business in northern Wisconsin, where guides are able to “guarantee” that their clients will have the chance to shoot a bear, only because the animal has become conditioned to feed at an artificial feed site.

Another recent finding from researchers is that the artificial calorie-rich diet often provided in bear baits (chocolate, breads, candy, cookies, and other randomly-sourced sweets) is contributing to larger litter sizes amongst black bears fed from bait stations. END_OF_DOCUMENT_TOKEN_TO_BE_REPLACED 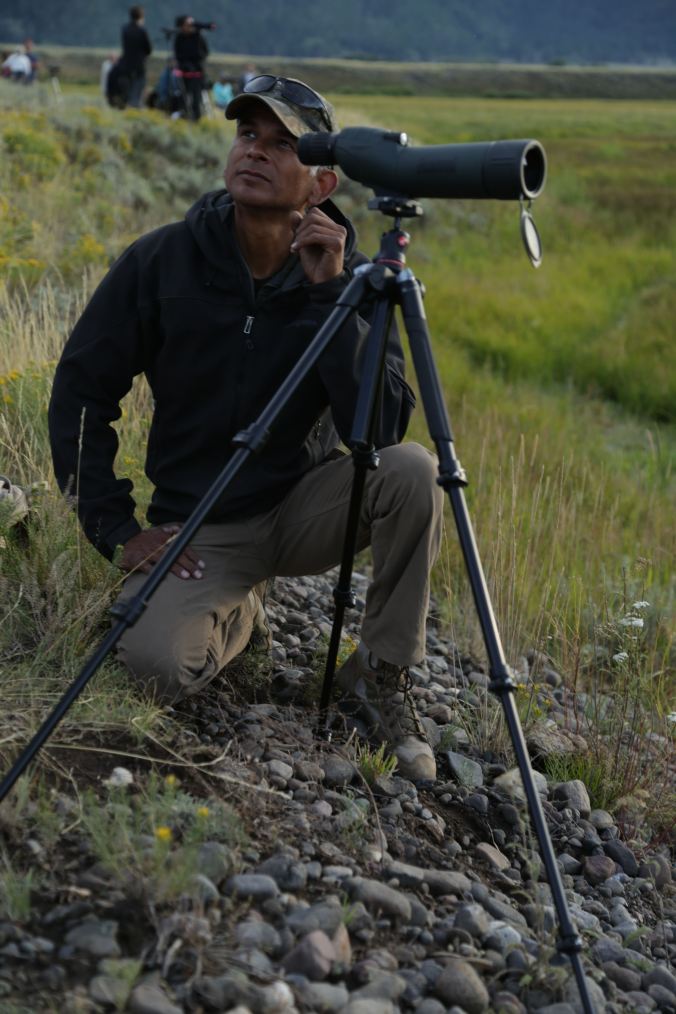 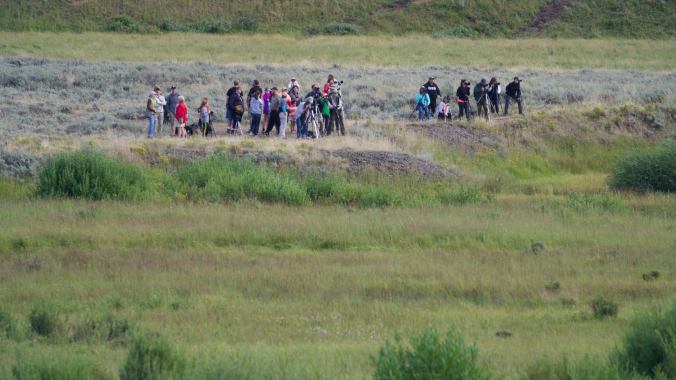 Yesterday our crew was in the Lamar Valley in Yellowstone National Park sharing our spotting scopes with dozens of tourists from all over the world, watching 3 young wolves feeding on a bison carcass. To see the excitement in adults as well as children’s eyes as these international citizens were touched forever by the wolf’s spirit was all the pay I could ever ask for.
To see an animal as magnificent as the wolf for the very first time and then learn that they are still being killed was a consciousness awakening that transforms tourists into activists. Each viewer was aghast to learn that these and other wolves are still being targeted for extermination and many parents said their children wanted to join Wolf Patrol.
So wolf killers of Wisconsin, please take a moment and think about all the money your communities could make by taking your knowledge of these animals in your own state and becoming wolf watchers as well. If any of you want to take me up on the offer, Wolf Patrol will promote any wolf tourism by former wolf hunters and trappers and help you get rich doing it. Think of that new Ford F-150 that you’ve been wanting to buy!

This is just some of the evidence we have provided to Wisconsin’s Department of Natural Resources law enforcement division, clearly demonstrating that bear baiting sites regularly are used by deer and other wildlife. From the 2015 Bear Hunting Regulations: “Bait may be placed and used for the purpose of hunting bear or training bear dogs statewide, except that it is illegal for any person to place, use or hunt over bait placed for bears:  beginning the day after the bear season closes and continuing through the following April 14th;  in excess of 10 gallons of bait at any site;  that is not totally enclosed in a hollow log, a hole in the ground or stump which is capped with logs, rocks, or other naturally occurring and unprocessed substances which prevent deer from accessing the material.”

This is what hound hunting bears from bait sites looks like. Notice the anti-wolf stickers on the truck. This hunt took place in 2012 in the same area we are actively patrolling right now.

This is the “sport” that results from bear baiting in Wisconsin. It is legal to bait bears beginning in mid-April, so by the time bear hunting season opens in September, bears have had four months to become habituated to bait stations. This video shows bear behavior at the bait site, with the kill shot in the last minute of the video…

We have reported illegal activity at bear bait stations to the Wisconsin Department of Natural Resources, are in contact with US Fish & Wildlife Service law enforcement officers about recent threats made to wolves, and are beginning communications with the US Forest Service to begin the hopefully short road towards banning the practice of intentionally feeding bears on our national forest lands. Stay tuned for more ways on how you can be a part of this historic process! If you know of bear baiting locations in your area, especially those in wolf territory, please contact us directly: teamwolfpatrol@gmail.com (attn: Wildlife Crimes Division)

As the Wisconsin Bear Hunters Association scrambles to defend their intentional feeding of public trust wildlife, here’s the facts from wildlife researchers. 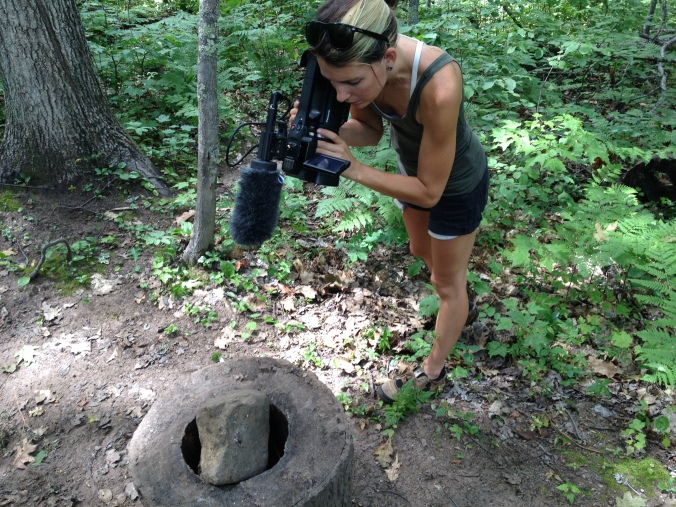 Candy and other foods in a bear bait 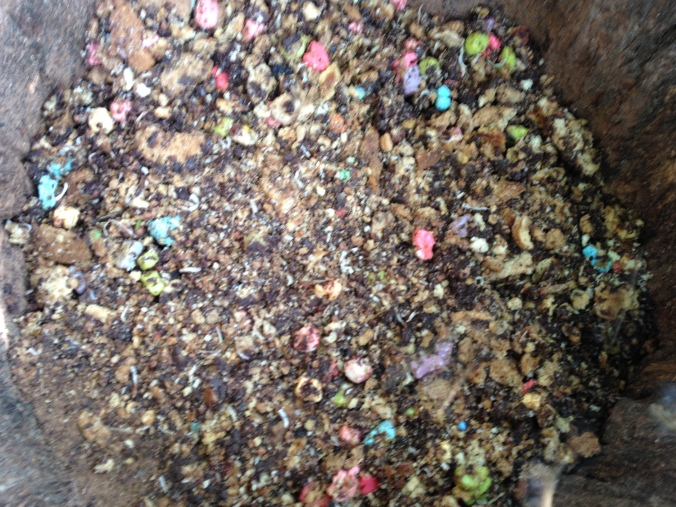 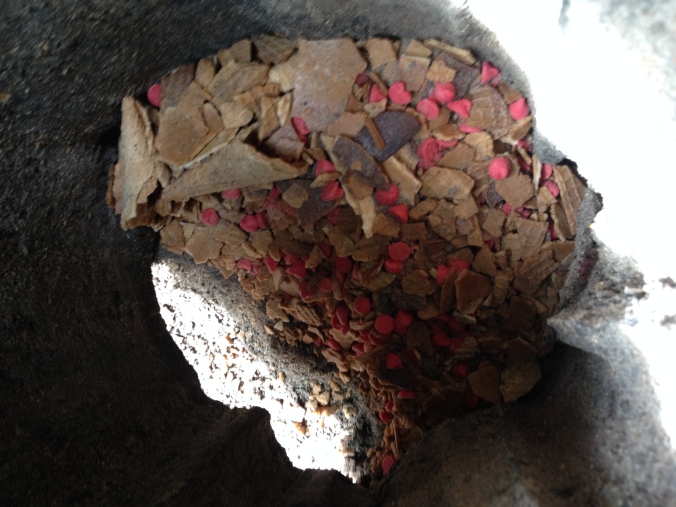 In just one short week of investigations, Wolf Patrol has documented intentional feeding sites maintained by bear hunters throughout the Chequamegon National Forest. Many of these sites are being visited by wolves, deer, bobcats, raccoons and other wildlife, altering their natural behaviors solely for the interests of hunters intending to kill black bear.